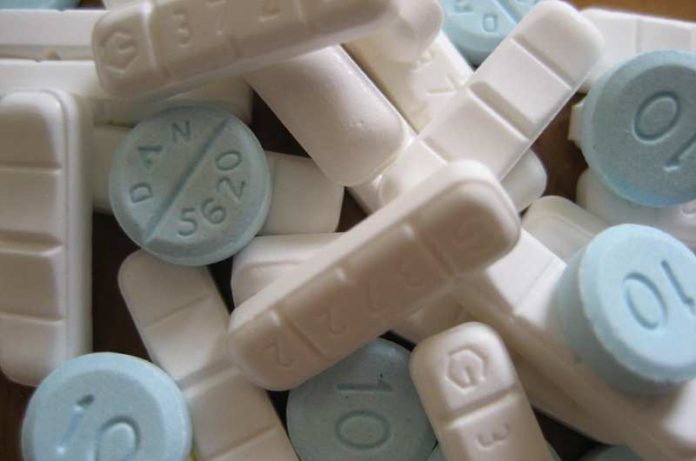 Episodes of dementia symptomatic of Alzheimer’s disease (AD) often require treatment with anxiolytics such as benzodiazepines (BZ). This treatment has previously been suggested to be associated with pneumonia as an unexpected side effect, although the evidence is contradictory. In a recent retrospective study, a group of Finland practitioners provide evidence supporting that suggests BZ treatment may indeed cause some pneumonia cases among AD patients.

Alzheimer’s disease (AD) is a chronic neurodegenerative disease affecting older adults. Early symptoms typically include loss of memory and can progress to different forms of dementia over time. At the moment, no established treatment effectively reverses or stops disease progression and hence, medical practices treat symptoms, such as dementia, rather than the disease itself.

Benzodiazepines (BZ) and medical analogs called Z-drugs (collectively abbreviated BZZ for simplicity) are routinely prescribed to treat episodes of dementia among AD patients. Collectively, these drugs act as GABA receptor inducers to potentiate inhibitory neurotransmission at synapses, which underlies their anxiolytic effect. Although clinically effective, their long-term use in the treatment of AD may have important side effects. In fact, in 2013, a group of UK investigators reported an association between BZZ treatment and pneumonia among AD patients. However, a 2011 US study found no such evidence. Therefore, this potential side effect requires further investigation as it may have important implications in the treatment of AD.

A recent retrospective study published in Canadian Medical Association Journal designed to address these contradictions. A group of Finnish medical practitioners led by Dr. Heidi Taipale provides evidence supporting the hypothesis that BZZ treatment increases the risk of pneumonia among AD patients1. The authors reviewed the medical records of 70,718 patients who were diagnosed with AD by computed tomography or magnetic resonance between 2005 and 2011 in Finland. Key medical parameters for this study, including time since AD diagnosis, pneumonia diagnoses, BZZ treatment start and end, as well as many others were collected using several nationwide registers in Finland. After excluding several patients based on predetermined criteria, their final data set included 5232 patients treated with BZ, 3269 treated with Z-drugs and a set of 8501 non-treated control patients. These latter control patients were chosen on the basis of the similarity of their medical profile with individual patients in the treatment group. Moreover, to circumvent biases associated with varying disease stage, matches were performed following a subclassification of clinical cases on the basis of time after diagnosis (0-1 year; 1-2 years; 2+ years).

Their results show that on average, 8.1 pneumonia cases per 100 patients per year were diagnosed among patients treated with BZZ compared to 6.32 among non-treated patients, representing a 30% increase. Moreover, the authors report that this increased incidence is particularly striking within the first 7 days after treatment initiation. The authors explain this rather counterintuitive result by the emergence of drug resistance after prolonged treatment, which may well be the case. Although the effect is statistically significant and very interesting, it is not clear whether this observation is really caused by administration of the drugs. Indeed, one could argue that the reason why these patients were prescribed these drugs in the first place might be because they suffered from more severe forms of AD. Thus, it is not clear whether the observed increased incidence of pneumonia cases is a consequence of drug administration per se or of differences related to the severity of AD. To address this concern, a prospective cohort study appears necessary.