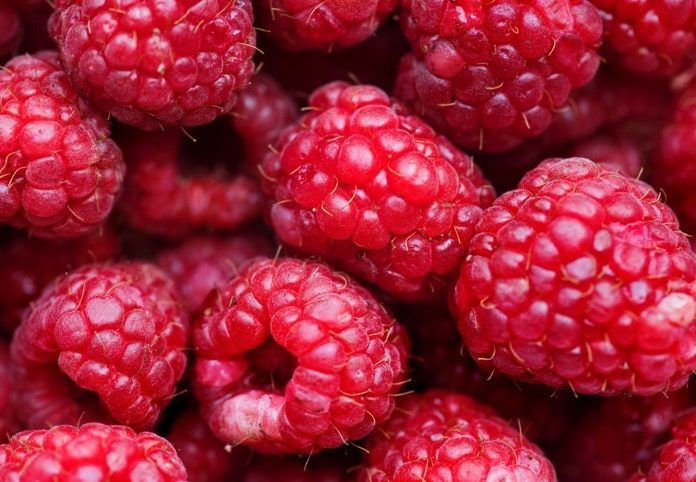 A study conducted in the United States determined the health benefits of raspberry for glucose control in individuals with prediabetes.

Glucose control is the first and most essential step in diabetes. Prediabetes is defined as the condition with blood glucose levels in between the normal and diabetic range. Such individuals are at risk of developing type 2 diabetes. Individuals with prediabetes have an increased risk of cardiovascular diseases and Alzheimer’s disease. According to statistics in 2015, 34% of American adults—nearly 84.1 million—are prediabetic.

The importance of diet and lifestyle in glucose control

Diet and lifestyle habits play a vast role in improving glucose control. The typical Western diet, rich in easily available carbohydrates and fats, contribute to high blood glucose and lipid levels. In contrast, a healthy diet can reduce the rate of conversion of pre-diabetes to diabetes within three years, by nearly 58%. Previous studies proved that regular intake of certain polyphenols can help glucose control and decrease the risk of diabetes, just as the metabolites of anthocyanins in strawberries.

Red raspberries are rich sources of anthocyanins and dietary fibre

Red raspberries are rich in anthocyanins and dietary fibre. Hence researchers from the Illinois Institute of Technology conducted a study, which was published in the journal Obesity, to investigate the effect of red raspberries in glucose control of pre-diabetic people. Raspberries showed promising results in this study.

Their blood samples were collected on three separate days, after a pre-determined breakfast.  The breakfast meals had different amounts of frozen red raspberries, but with equal calories and nutrients- one meal with no raspberries, one with a cup of raspberries and the third one with two cups of raspberries. Blood samples were collected eight hours after breakfast with a final sample at 24 hours, and the levels of glucose, insulin and triglycerides were determined. Oxidative stress (damage to tissues caused by free radicals) was also measured in terms of inflammatory marker levels.

As a whole, pre-diabetes people had a marked response to raspberries in comparison to the reference group. Red raspberries in the diet significantly altered peak-glucose and post-meal insulin levels in prediabetics compared with the individuals with no raspberries in their diet. Triglyceride levels and oxidative stress markers did not show any significant difference with raspberry consumption.

Limitations of the study

This study provided new information on the health benefits of red raspberries, proportionate to the number of berries consumed. However, specific components of red raspberries that impact blood glucose control were not discussed. Raspberries did not show any effect on lipid levels, while previous studies demonstrated reduced triglycerides with berry intake. Further studies are, therefore, required to investigate the effect of raspberry on blood lipid levels.

Regular physical exercise and healthy dietary habits are essential for healthy living, especially in diabetic-prone and obese persons. This study highlights the fact that simple measures like regular intake of red raspberries can contribute to improved blood glucose control and delay the development of full-blown diabetes in pre-diabetic individuals.

In the words of Britt Burton-Freeman, Ph.D., director, Center for Nutrition Research at Illinois Tech stated in a press release, “For people who are at risk for diabetes, cardiovascular disease and other health risks, knowing what foods have protective benefits and working them into your diet now can be an important strategy for slowing or reversing progression to disease. People at risk for diabetes are often told to not eat fruit because of their sugar content. However, certain fruits – such as red raspberries – not only provide essential micronutrients, but also components such as anthocyanins, which give them their red color, ellagitannins, and fibers that have anti-diabetic actions.”