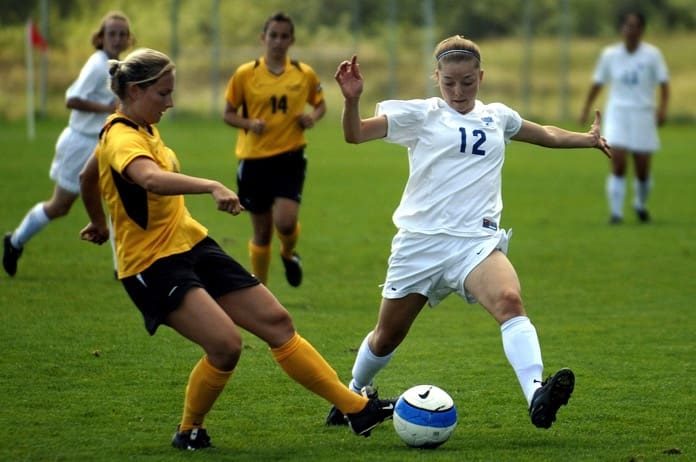 A study published in Research in Sports Medicine examined the benefits of compression socks for female soccer players.

Soccer-induced muscle injury and fatigue are possible and unfortunate aspects of the sport. Previous studies have found various benefits of compression socks when worn by male soccer players. These benefits included a reduction in muscle stress and damage.

However, researchers have noted that soccer performance and soccer-induced fatigue and muscle damage varies among the sexes. This raised the question: do compression socks benefit female soccer players as they do men soccer players?

To determine the answer to this question, researchers examined the benefits of compression socks for 20 female players who participated in the study. The study was published in Research in Sports Medicine. For the study, players were asked to eat as they normally would, but to abstain from alcohol and caffeine. They were also asked not to exercise heavily two days prior to the study. Some players wore compression socks while others wore regular socks so that the researchers could directly compare the difference.

Before and after playing soccer, all players completed performance tests. They completed a t-test (leg), a standing heel-rise test (calf), and a yo-yo intermittent endurance test (intermittent activity performance). Furthermore, players who wore compression socks were examined for fit (tightness) and comfort before and after the match. Players’ heart rates were also noted throughout the soccer match.

The study reported that the benefits of wearing compression socks previously seen for men, apply to female soccer players as well.

A limitation of this study is that muscle damage was not closely examined. Future studies may also take this into consideration.

If exercise is medicine, how much do we prescribe?

Should you exercise before breakfast?