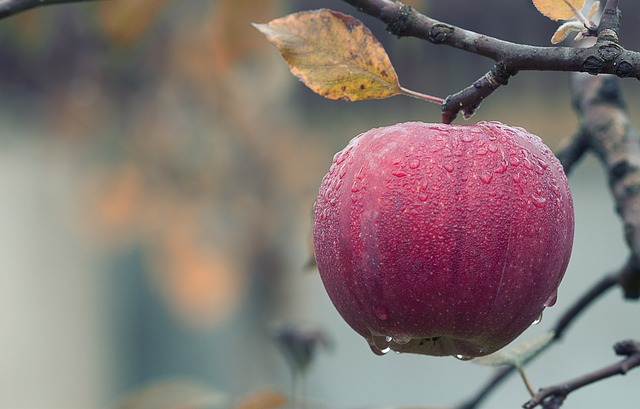 With approximately 83 million apples grown last year, apples are among the most consumed fruit in the world. Aside from nutritional content like flavonoids, pectin, and vitamins, apples provide an abundance of bacteria that compose the transient microbiome in our gut.

Transient microbiomes are bacteria that pass through the gut and have a probability of taking residence if not out-competed by other bacteria. These bacteria are often referred to as “flora” and function to help digest foods that the stomach and small intestine are incapable of digesting. In addition to this, they aid in the production of vitamins B and K and contribute to immunity by fighting opportunistic bacteria (pathogens).

It is believed that the bacteria in apples can considerably contribute to metabolic activities. By further studying these bacteria in a lab environment, perhaps more knowledge can be obtained about the impacts of agricultural diversity on human health. Researchers from Graz University of Technology in Austria wanted to know if there was a difference in the bacterial communities found on conventionally produced apples compared to organic apples. The authors hypothesized that each apple type would have particular niche communities of bacteria and that there would be a difference between these microbial communities from organic and conventional apples.

The researchers extracted the microbes from organic and conventional apples by homogenizing (blending) the apple flesh and separating the various components in a centrifuge. Their results were published in Frontiers in Microbiology.

Using a technique known as qPCR, the researchers were able to determine the abundance of bacteria in each sample. With the number obtained by qPCR, researchers were able to calculate the Shannon diversity index, which indicates how diverse a population (in this case bacteria) is, considering its total population. Overall, despite the apples being grown using different methods, there were significant amounts of the same kinds of bacteria on both types of apples. A total of 141 kinds of bacteria were found, and 73 out of 141 of these bacteria were shared between both apple groups.

Overall, organically grown and conventionally grown apples have similar numbers of microbiota. Sequencing the bacterial genomes of conventional versus organic apples enabled researchers to discover that organic apples are less susceptible to disease. Using PCR, researchers found a greater variety of species in the bacterial population of organic apples, which make organic apples more resilient to pathogens that may infiltrate farm crops. For this reason, consumers should consider purchasing organic products so that they too can enjoy the benefits of a diverse microbial community. This is especially beneficial in areas at risk for parasitic invasion.

With the knowledge obtained by authors Wassermann, Muller and Berg, consumers now have the knowledge to determine which agricultural method they want to support, as it contributes to their own microbial community.

Wassermann Birgit, Müller Henry, Berg Gabriele. (2019). An Apple a Day: Which Bacteria Do We Eat With Organic and Conventional Apples? Frontiers in Microbiology. DOI=10.3389/fmicb.2019.01629

Image by Mircea Ploscar from Pixabay