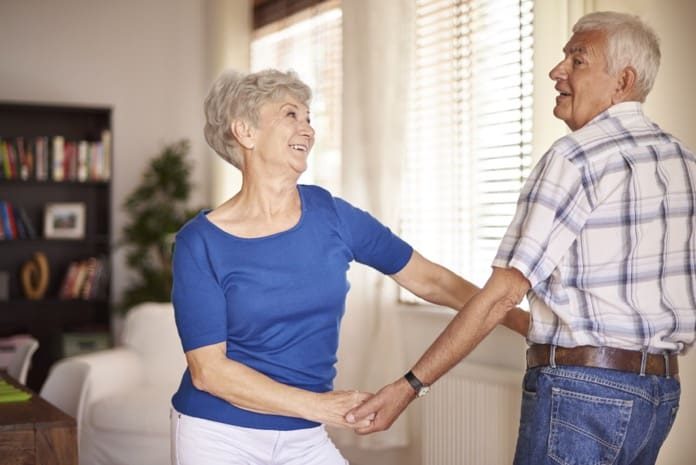 A recent study reveals the benefits of dancing in older women and the effect it has on their daily living activities.

Studies have shown the benefits of dancing and physical activity can have your health and body. It is said that exercise can reduce the risk of disability for daily activities, but the type of exercise associated with reducing these risks is still unknown.

In a recent study published in the Scandinavian Journal of Medicine and Science in Sports, researchers examined the benefits different exercises on reducing the risks of disability for activities of daily living in older women. The types of exercises or activities observed included dancing, tai chi, gardening, aerobics and many more. The study showed the benefits each exercise and activity had on the health and well-being of the older population.

The researchers enrolled 1,003 community-dwelling older Japanese women, in a clinical study for eight years. The participants participated in a face-to-face interview at the beginning of the study and were asked about their daily exercise routine. Researchers defined activities of daily living disability as either a partial or complete dependence in at least one daily living task during the eight-year follow-up period. The tasks include walking, bathing, eating, dressing, and others. Those who stated to have experienced disability with daily living tasks were considered as having a disability by the researchers.

During the eight-year follow-up period, a total of 130 participants activities of daily living disability were observed. After predictors adjustments, researchers found that participation in dancing had the highest association with reducing the risk of incident disability. The study shows the best exercise for maintaining brain structure and balance ability in older adults is through dancing.

Several limitations were noted in the study. The first being those with poor health participated less in the dancing compared to those in good health. The second limitation noted is the number of disability events had an effect on the result of some exercise types. This is caused a problem because researchers were not able to observe a true association between certain exercise types and the risk of an incident in disability regarding daily tasks. Another limitation is the researchers not being able to collect information about the number of times each exercise and other physical activities were performed.

This study can be used as a foundation for future studies regarding the benefits of dancing, researchers suggest using a large study size and assessing the number of times it is performed. This study also shows the benefits of dancing on those of an older population. It also showed that by participating in dancing, older women reduced their risks of incident disability with daily tasks.