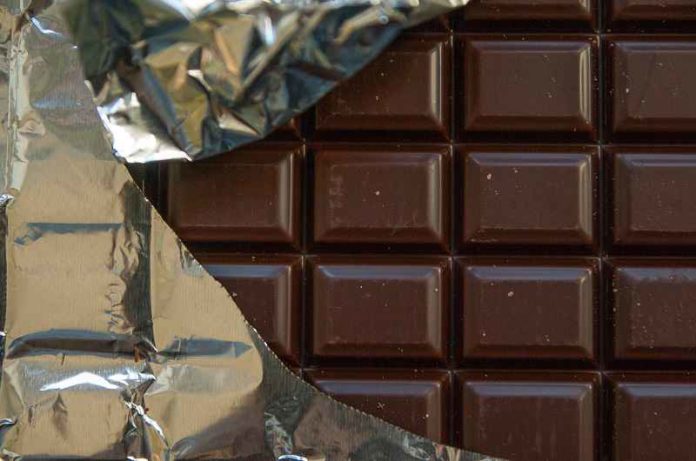 Flavanols are compounds found in various plants.  Dark colored plant-based food such as cocoa, tea, and some berries are high in flavanols.  Previous studies have shown that flavanols provide important antioxidant activity and that they positively influence heart health.

However, other compounds in flavanol-rich foods could potentially affect heart health either by themselves or by influencing flavanol-related effects.  Cocoa, an important source of flavanols, contains substantial amounts of methylxanthines.

Methylxanthines are molecular compounds derived from xanthine.  They are at once stimulants that can increase heart rate and blood flow and relaxants that can open blood vessels and loosen muscular tissues. Cocoa is rich in the methylxanthine theobromine. It also contains smaller amounts of caffeine as well as other methylxanthines.

The authors performed 4 randomized, double-masked controlled studies between 2011 and 2014 on 44 healthy men between the ages of 25 and 30.

Volunteers were asked to drink beverages that contained cocoa flavanols and methylxanthines either together or individually in varying amounts.  The drinks ranged between 0 and 820 mg for cocoa flavanols and 0 and 220 mg for methylxanthines. The ranges reflected a realistic daily dietary intake, making them relevant in the context of nutrition. All drinks used were similar in odor, taste and nutrient composition. The amount of test drink consumed was standardized per participant weight.

Specific cardiovascular markers were measured before and at the 2-hour mark after drinking the beverage.

Results indicate that drinks with cocoa flavanols either with or without methylxanthines improved diastolic blood pressure, flow-mediated dilatation (FMD), circulating angiogenic cells (CACs) and brachial pulse wave velocity (PWV).  In contrast, the intake of cocoa methylxanthines alone did not produce measurable changes in the markers measured.

The authors conclude that the methylxanthines in cocoa may increase flavanol absorption and enhance the vascular benefits associated with eating flavanol-rich cocoa.