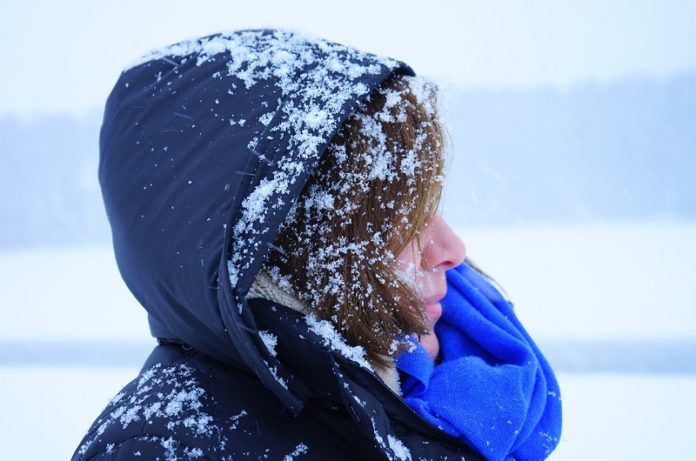 Dietary fatty acids are metabolized by brown adipose tissue (BAT) in rodents but how this is achieved by BAT in humans is not known. The identification of a mechanism wherein a person who is not acclimated to mild cold undergoes extraction of dietary fatty acids by BAT when stimulated by a mild cold temperature of 18C, has revealed an, until now, unknown function of BAT.

Compared to the thermal ranges encountered in their habitat, endothermic animals such as birds and mammals maintain body temperatures within a narrow range and this is achieved through metabolic heat production. If the total heat loss exceeds heat production, an animal becomes hypothermic; and conversely, the animal becomes hyperthermic if the total heat loss is lower than heat production. Humans, when exposed to cold, maintain an unchanged core body temperature but reduce their surface temperature. A facultative heat production mechanism, termed as shivering thermogenesis, releases heat from involuntary contractions of skeletal muscle fibers. Non-shivering thermogenesis, on the other hand, is derived from brown adipose tissue (BAT). An obligatory by-product of metabolic reactions is heat and a primary function of BAT metabolism is the production of heat, a phenomenon known as thermogenesis, which is a critical evolutionary development that resulted in habitation of animals in cold environments.

Lipid from endogenous stores form the principal fuel for stimulated BAT thermogenesis and fatty acids from four sources have been established. BAT has its own endogenous triacylglycerol stores, plasma lipoproteins, free fatty acids from the blood and finally, that synthesized from glucose.

The mechanism of how BAT mediates uptake of dietary fatty acids during mild-cold exposure (18oC) in humans was examined by Denis Blondin and colleagues in a study recently published in Nature Communications. These authors demonstrated that shivering skeletal muscles, which are the source of cold-induced heat production, facilitated a 29% increase in the uptake of dietary free fatty acids upon cold acclimation.

While considerable progress has been achieved in understanding the underlying mechanisms that govern the thermogenesis of BAT, there are areas that deserve further investigation. As this study shows, research should perhaps identify better models to represent BAT function and to limit the extrapolation from rodents to humans of data that assesses the quantitation of BAT thermogenesis in energy balance. This has implications for the characterization of genes such as UCP, a thermogenic uncoupling protein that is unique to BAT mitochondria. As well, this could impact whether this is a druggable target for cellular metabolism linked to obesity, neurodegeneration, diabetes and also evolutionary mechanisms including adaptation to cold environments.