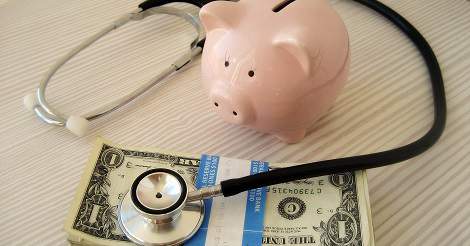 British researchers have shown that using bariatric surgery to treat obese patients with type 2 diabetes could benefit the National Health Services (NHS) from significant savings of up to £95,000 ($137,000 USD) per patient across their lifetime. The savings come mainly from savings on future medication costs due to recovery from diabetes.

Obesity is a growing global health problem. More people are becoming overweight or obese now than in the past, and this rise is expected to continue. Being obese can contribute to a range of health problems, including heart disease, type 2 diabetes, high blood pressure, sleep apnea (interrupted breathing during sleep), osteoarthritis and some cancers, as well as psychological issues. In the UK, the combined medical costs for treatment of obesity and its related health problems such as type 2 diabetes was determined to be nearly £16 billion ($23.2 billion USD) in 2007. If obesity rates continue to increase, the cost could increase to just below £50 billion ($ 72.5 billion USD) in 2050.

The evidence for health improvement following bariatric surgery is well-established, with strong evidence in a range of metabolic diseases, including type 2 diabetes (a chronic condition in which the body does not produce enough, or does not properly use, the hormone which controls sugar levels in blood). Short term studies suggest that individuals with type 2 diabetes who undergo bariatric surgery lose a greater amount of weight and have better blood sugar control than those who receive traditional diabetes management as a treatment. For the past two years, the National Institute for Health and Care Excellence (NICE) has been recommending individuals with type 2 diabetes who have a Body Mass Index (BMI) of 35 or greater to be assessed for bariatric surgery.

However, the cost implications of bariatric surgery have yet to be thoroughly and objectively measured.

The researchers used the Worcestershire Royal Hospital electronic notes system to gather data on 140 patients who had undergone bariatric surgery between June 2012 and November 2015, then analyzed the data. The average life expectancy for women and men in England in 2015, along with the average age of the cohort was used to calculate the average years of life existing per patient. Estimated yearly diabetic care costs (Diabetes UK) data were then used to estimate yearly diabetic inpatient and outpatient care costs and possible savings to the NHS.

All of the patients in the study (140) met the criteria for bariatric surgery set by NICE, and had appropriate input from a dietician and diabetic specialist before undergoing surgery. The study was made up of 24% (35) males and 76% (105) females, with an average age of 48 years and an average BMI of 50 kg/m2. Before surgery, 60 patients (43%) had type 2 diabetes; 15 on insulin, 12 on insulin and oral agents, 31 on oral agents, and 2 diet-controlled. After surgery 44 (73%) of patients were off treatment entirely, 11 (18%) had treatment decreased, and only 5 (8%) had no changes to treatment.

Within the cohort of 44 patients (73%) with type 2 diabetes that no longer required diabetes treatment after surgery, potential outpatient and inpatient savings were calculated to be £435,600 – £537,240 and £2,613,600 – £3,630,000, respectively. This translates to an average of £95,000 ($137, 000 USD) per patient over their lifespan. Therefore, the findings show that obese patients with type 2 diabetes who had bariatric surgery could save the UK NHS about £95,000 per patient across his or her life time, largely as a result of savings on future medication costs due to recovery from diabetes.

Even though the study had not been peer reviewed, the findings are consistent with previous studies showing that bariatric surgery is a greatly cost effective treatment for patients with type 2 diabetes. The researchers aim to further investigate their data based on longer-term follow-up in the future. Moreover, randomized clinical trials have indicated that bariatric surgery can reduce the use of drug treatment for other metabolic conditions related to obesity, including drugs for high blood pressure — not just drugs for diabetes. This may further increase the possible reduction of overall healthcare costs in patients who undergo metabolic surgery.

Interested in participating in a diabetes clinical trial? The Canadian Centre for Clinical Trials is looking for participants for two of their diabetes studies!

To register for any of the two trials, sign up here:
http://clinicaltrialscanada.com/patients/current-clinical-trials/volunteers-with-pre-existing-medical-condition/current-trials/