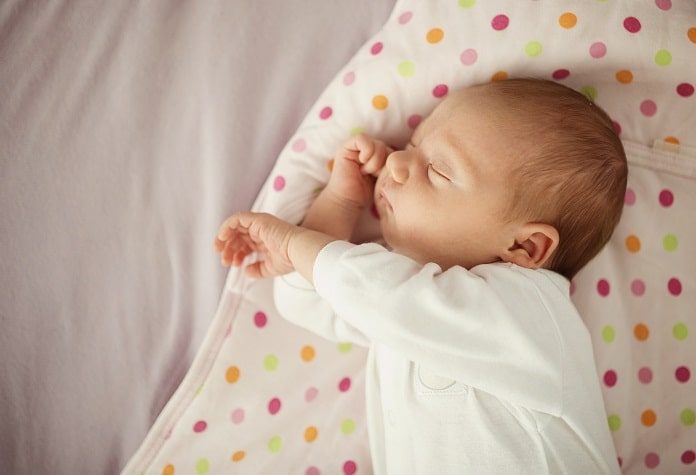 The biggest nightmare of every mother or father is the possibility of an unexpected death of their baby. In the USA alone, baby suffocation is the primary cause of death of infants under one year of age, 82% of which occur while they are asleep.

A recent American study published in Pediatrics explored the situations leading to baby suffocation. A group of physicians from the University of Virginia Health System examined the reasons for suffocation-related death in 1800 babies under the age of one. This information was available through the Centers for Disease Control’s national Sudden Unexpected Infant Death Case Registry. The researchers examined and analyzed data accumulated during four years, from 2011 to 2014.

The study found that 14% of baby suffocation occurred due to sleep-related strangulation. The primary reason for baby suffocation, causing 69% of all deaths during sleep, is soft bedding. In other words, accidental baby suffocation mainly occurs due to air blockage caused by soft toys, pillows, or blankets lying in close proximity to baby’s airways, with the latter causing the highest suffocation rates. This kind of suffocation is most common when babies sleep in the bed of their parents. The second reason for baby suffocation, responsible for 19% of related deaths, is airway blockage by the family member sleeping next to the baby. The study determined the third reason, causing 12% of baby suffocations, as “wedging”. This happens when the baby is trapped in a way that prevents air supply, for example between the mattress and wall, which was the most common reason in this study.

In a press release, Dr. Fern Hauck from the research team explains: “It is also important to note that the causes of suffocation differed by infant age. So, overlaying is a bigger problem for the youngest infants, soft bedding affects infants most commonly under four months, and wedging more a problem when infants are older and can move around in bed.”

“Keeping infants safe is a priority for parents, and these types of suffocation deaths can be prevented by following the American Academy of Pediatrics safe sleep guidelines,” further explains Dr. Hauck. These guidelines include: “placing infants to sleep in a safety-approved bassinet or crib in the caregivers’ room; not placing infants alone or with others on adult beds to sleep; keeping all soft objects out of the infant’s sleep area, including blankets and pillows (wearable blankets are preferred over loose blankets); and placing infants on their back to sleep.”