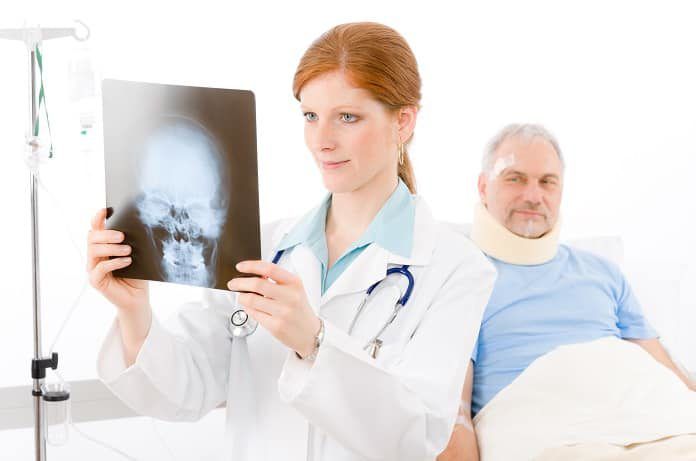 Parkinson’s disease (PD) is a neurodegenerative disorder which directly affects the central nervous system and leads to gradual loss of motor function over time. As in many other similar diseases, a hallmark of PD is the aggregation of the protein in specific areas of the brain, in this case, called Lewy bodies. These aggregates lead to cell death and the depletion of the neurotransmitter dopamine. While PD is most commonly associated with an impaired motor function, autonomic dysfunction is also common in the disease. Autonomic dysfunction (AutD) refers to the loss of function of a part of the autonomic nervous system, which largely supplies smooth muscle and glands in the human body. As such, the autonomic nervous system acts unconsciously in the background and is responsible for the functioning of internal organs and essential processes such as heart rate, digestion, respiration and urination. Although autonomic dysfunction is well documented in patients diagnosed with Parkinson’s disease, the association between the two in terms of PD disease progression has not been extensively studied. A more in-depth understanding of this could help clinicians in predicting and mitigating the advancement of Parkinson’s disease in patients.

A recent study by a team of neurology researchers in the UK published in JAMA Neurology has looked at the association of the time of onset of autonomic dysfunction with disease progression and survival in PD. The retrospective study included one hundred patients selected from a group diagnosed with PD between 2006 and 2016. Pathologic confirmation of the diagnosis was achieved by conducting autopsies on the brains of these patients after death. During their illness, all patients were regularly assessed for disease progression by their doctors. A number of milestones were used to define disease progression, including frequent falls, cognitive impairment, and unintelligible speech and dysphagia (difficulty swallowing). Autonomic dysfunction was defined by observing and documenting a number of symptoms, such as urinary urgency, constipation, cardiovascular autonomic failure and orthostatic hypotension (a sudden drop in blood pressure when upright). In order to ensure that autonomic dysfunction was truly occurring, the researchers required that at least 2 of these symptoms persist for at least six months. Other demographic and disease-related data were also recorded, and a number of patients were excluded from the analysis based on criteria that would complicate the analysis linking autonomic dysfunction with PD progression. The researchers calculated the times from PD diagnosis to the development of each autonomic symptom, the first and each disease milestone, and death.

Statistical analysis revealed that autonomic dysfunction, in general, did influence the development of the first disease milestone of PD. Patients with earlier development of AutD were associated with a 14% increased risk of reaching any PD disease milestone. In terms of individual milestones, autonomic dysfunction was most associated with a higher risk of falls, wheelchair dependence and cognitive impairment. The researchers analyzed the association between AutD and survival and found that there was an 8% increase in the risk of death per year. They also looked at each autonomic symptom individually to assess their influence on disease progression and found that the earlier development of any one of these symptoms was a predictor of reaching of a disease milestone and shorter survival.

The authors noted that their retrospective study could not control for differences in assessment of disease progression and autonomic dysfunction by different medical professionals, which may have affected the accuracy and consistency of this recorded data. In addition, a number of patients were excluded because of insufficient clinical information. To ensure that this did not lead to a selection bias, they performed clinical and demographic analysis and found no significant differences between the study group and the excluded group.

Clinicians are increasingly attempting to define and identify new clinical subtypes of Parkinson’s disease which present non-motor symptoms, such as autonomic dysfunction. Understanding disease progression and mortality in these specific cases is an important part of this effort. This study showed that patients that experience autonomic dysfunction are at risk of more acute disease progression and shorter survival rates.