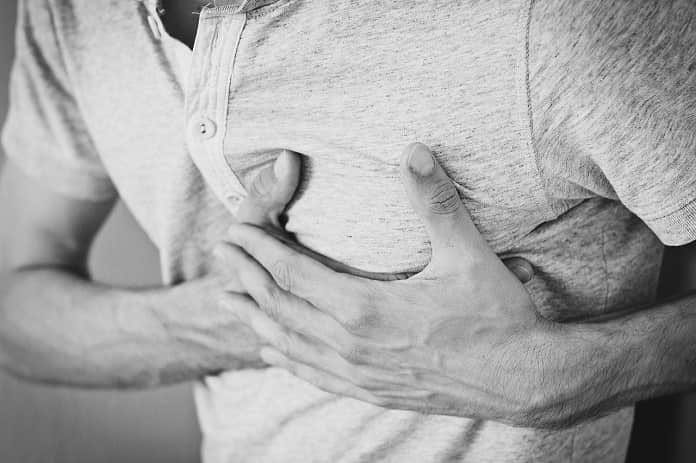 A recent study in the Annals of Internal Medicine investigated the frequency of antiphospholipid antibodies in first-time heart attack patients.

Antiphospholipid syndrome (APS) is an autoimmune disorder characterized by the presence of autoantibodies that attack phospholipid proteins, including cardiolipin and β2-glycoprotein. APS can lead to blood clot formation in veins and arteries, which can increase the risk of pulmonary embolism, heart attack, stroke, and kidney damage. The frequency of autoantibodies against cardiolipin and β2-glycoprotein in heart attack patients is unclear and warrants clarification.

A recent study by Grosso and colleagues, published in Annals of Internal Medicine, investigated the frequency of anti-cardiolipin and anti-β2-glycoprotein in first-time heart attack patients. The Periodontitis and Its Relation to Coronary Artery Disease (PAROKRANK) study included 805 heart attack patients (aged 75 years and younger), as well as 805 participants who were matched to age, sex, and region,  with no history of a heart attack. Blood samples were collected from each participant to measure the different autoantibodies isotypes targeting cardiolipin and β2-glycoprotein.

The authors found that the IgG autoantibody isotype against cardiolipin and β2-glycoprotein was more common in heart attack patients compared to control participants. No differences in the IgA and IgM isotypes were observed between patients and control participants. Further analysis revealed that these findings were independent of traditional cardiovascular risk factors, including diabetes, hypertension, and a high body mass index.

Collectively, the current study demonstrated that first-time heart attack patients had a higher frequency of antiphospholipid antibodies. It is important to note, however, that blood samples were collected between 6 and 10 weeks after a heart attack. Therefore, it is unclear whether the antibodies were present before the attack or whether they were only transiently increased.

Nonetheless, the current study suggests that antiphospholipid antibodies may be a risk factor for heart attacks in the general population. Longer studies in a larger cohort could lead to improved management, treatment, and outcomes for patients who may be at higher risk.