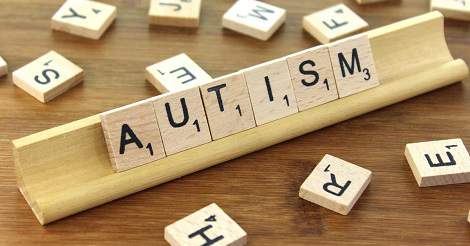 A systemic review and a meta-analysis were used to determine if brain-derived neurotrophic factor levels are altered in children with autism spectrum disorder.

The combination of genetic and environmental factors is considered to be the cause of autism spectrum disorder (ASD). Moreover, it consists of a group of complex neurodevelopmental disorders, which is characterized by social interaction, verbal and nonverbal communication, and repetitive behaviour impairments. As of 2014, 1 of 68 children in the United States has been diagnosed with ASD, and it is 4 to 5 times more common in male than in female children. In fact, ASD’s prevalence has increased dramatically, and it affected 21.7 million people globally as of 2013. However, there is no explanation for this continued increase, as well the exact etiology of ASD is still poorly understood.

Brain-derived neurotrophic factor (BDNF) plays a significant role in neuronal survival and growth, cell differentiation, synapse formation, synaptic plasticity, as well as in cognitive functions. BDNF is also a prominent and widely-expressed neurotrophin family member, and once its expression is altered, it has found to be associated with several neuropsychiatric diseases: depression, Alzheimer’s disease and schizophrenia. In ASD on the other hand, numerous studies measured the peripheral (circulating) blood levels of BDNF in ASD patients, most especially in children. It was found that there is a high correlation between peripheral blood levels of BDNF and BDNF levels in the brain. Despite the fact that that there’s a correlation, inconsistent findings were found regarding the association of blood BDNF levels and ASD.

A new meta-analysis study included 19 studies with 2896 unique participants and did a systematic search of PubMed, PsycINFO, and Web of Science. The researchers conducted the study using the terms ‘brain-derived neurotrophic factor’ or ‘BDNF’ in combination with ‘autism’, without a year restriction, and up until February 7, 2016. Their inclusion criteria were studies that provided data on peripheral blood levels of BDNF in children with ASD and healthy controls only. Meanwhile, studies that included adults or those with overlapping samples were excluded. The researchers compared the blood levels of BDNF in children with ASD with healthy controls and hypothesized that skewed levels of BDNF were related to ASD.

It was found that all 19 studies showed that children with ASD had significantly increased levels of peripheral blood of BDNF compared with healthy controls. On the other hand, there is no association with blood levels of BDNF in neonates that were diagnosed with ASD later in life, while children in the neonate ASD group showed significantly increased BDNF levels than healthy controls. The researchers also looked at the serum versus plasma. There were increased BDNF levels in serum for the non-neonate group, but not in plasma.

Hence, the authors concluded that children with ASD have increased peripheral blood levels of BDNF, suggesting that there is clinical evidence of an abnormal neurotrophic factor profile in children with ASD. However, further study needs to be done to see if BDNF levels play a potential role in early diagnosis as well as in the therapeutic target of ASD.