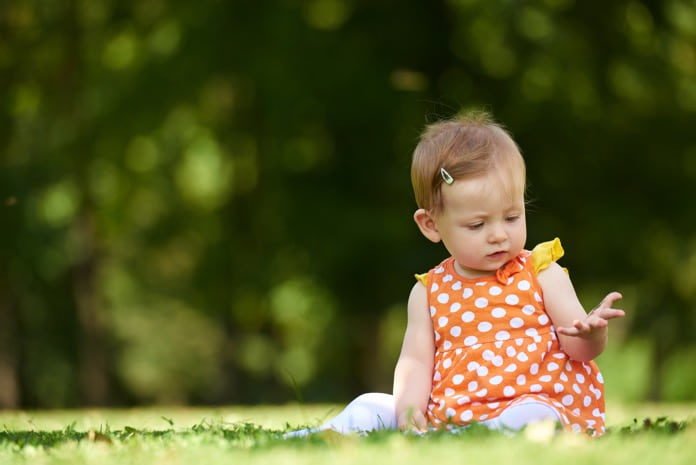 Researchers recently studied the brain responses of babies with low to high-risk of autism to determine early symptoms of autism.

One in 66 children are diagnosed with autism spectrum disorder (ASD) in Canada. Yet, one in five infants with a familial risk for ASD are diagnosed. The condition can be passed on genetically, so those who have older siblings diagnosed with autism are more likely to develop it themselves. Hindered social communication, repetitive behaviours, and unusual physical posture are some of the common symptoms of autism. However, symptoms can fall on a spectrum and vary in severity.

Brain responses have also been recently used to characterize ASD. Evidence suggests that individuals diagnosed with ASD display unique responses to visual and auditory stimuli. Specifically, this relates to social contexts. In infants, direction towards certain stimuli can reveal the type of social data they are absorbing. Whether it be faces, inanimate sounds, colours, or eye contact from a parent, infants can orient themselves differently. Since ASD is a behavioural condition, autism symptoms in babies can differ.

Researchers in the United Kingdom wanted to observe differences in brain responses in four to six-month-old babies with high and low risk for familial ASD to determine autism symptoms in babies. To do this, they used brain imaging technology while exposing the infants to different stimuli. For example, they played social videos of people playing peek-a-boo and non-social images of cars. They also observed the brain as human vocal and non-human vocal sounds were played. A follow-up was done on the infants when they turned three and they were grouped based on their diagnosis of ASD or lack of.

The findings were published in the European Journal of Neuroscience this year. It showed that high-risk infants who went on to develop ASD had reduced brain response to visual social stimuli in comparison to low-risk infants. They also had reduced responses to vocal sounds but greater responses to non-vocal sounds, notably on the left side of the brain. This was relative to low-risk infants and high-risk infants who did not develop ASD. This difference in brain activation correlates with behaviours displayed in children and adults with ASD. The lower the infant brain response, the greater the autism symptoms in babies, children, and adults.

Uniquely, high-risk infants who did not develop ASD shared similar auditory responses to low-risk infants, but this link was not found with visual stimuli. This suggests that there are some shared behavioural patterns between affected and unaffected siblings with a familial risk. Trouble attending to these types of stimuli can lead to challenges with social interaction.

Findings describe some of the earliest symptoms of autism

The small number of participants in this study limits the strength of the findings. Since there are many genetic factors that are associated with ASD, the findings can’t be certainly be applied to all at-risk infants. Also, there is some variance in infant attention and focus that cannot be accounted for.

Nonetheless, these findings describe some of the earliest symptoms of autism. Further research into social information processing in ASD-diagnosed individuals can be expected.