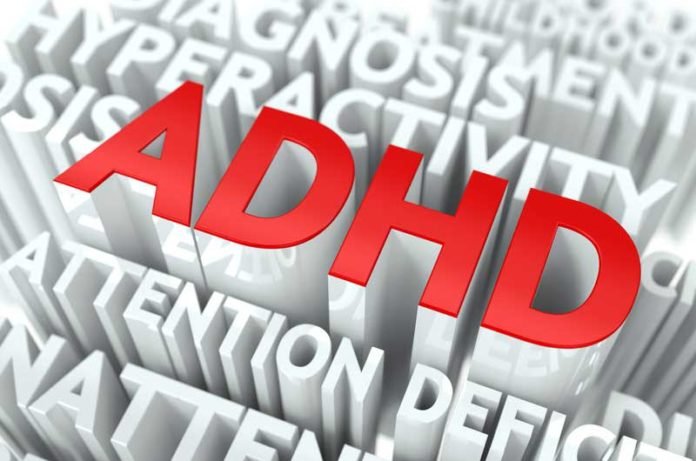 It is diagnosed in childhood usually by the age of twelve. Individuals diagnosed with the disorder must show inability to concentrate in two settings such as in school and home.

Diagnosis is made by a physician, usually an experienced child psychiatrist or pediatrician.

The disorder was first documented in 1902 by Dr. George Still, an English physician who documented children with impaired concentration and overactivity, and recognized that this was “not due to any fault in their upbringing.”

Since then, ADHD has become one of the most common conditions in childhood affecting as many as five percent of school age children.

Children with ADHD show signs of restlessness and hyperactivity and can be divided into two categories: one that affects learning and the other that affects behaviour.

Symptoms are present from birth (difficult babies and toddlers) but may not be recognized until later on in childhood.

According to the Diagnostic and Statistical Manual of Mental Disorders, 5th Edition: DSM-5 diagnosis involves having at least six inattentive and/or six hyperactive/impulsive symptoms for at least six months to a degree that is inconsistent with developmental level and that adversely impacts social, academic or occupational activities.

Using Positron emission tomography (PET) scans, Hans Lou in 1989 demonstrated that frontal regions of individuals with ADHD were less active when compared to normal subjects. This is due to a depletion of dopamine a neurotransmitter which is recycled before it has a chance to do its work.

Furthermore scientific research has identified a number of defective genes associated with ADHD.  Parents who suffer from ADHD are more likely to have children who suffer from the disorder than those without the disease.

Other causes of ADHD include premature birth, the use of illicit drugs, smoking or alcohol use during pregnancy or exposure to toxins such as lead before the age of three.

ADHD might have adverse effects on school productivity and subsequently school grades and job prospects due to the inability to focus on subject matter and tasks at hand. Learning difficulties may lead to low self-esteem and other psychological manifestations. Children suffering from ADHD are more like to suffer from depression, anxiety disorder, obsessive-compulsive disorder and bipolar disorder. These documented co-morbid emotional disorders may be due to their genetic linkage with one another.

How is ADHD diagnosed

Diagnosis should be done by experienced child pediatricians, psychiatrists and psychologists. If ADHD is suspected, careful history and physical examination should be taken followed by psychometric testing, which is a careful evaluation of a child’s strengths and weakness. Further testing may include tests of intelligence, special abilities, and academic achievement.

Treatment for ADHD should be multimodal and depend on the severity of the disorder.

It may include home management, school management, medications, and behavioural modification.

Home management includes understanding both child and parental weakness, emotions and environment. It is important to look for ways to help children in a supportive and understanding manner even though ADHD can be frustrating and difficult to manage.

School management includes building a strong relationship with the child’s teacher, maintaining regular contact and developing a proper learning environment both in class and on the playground.

Behavioural modification can be employed by parents and by psychologists. It involves identifying behaviours that require change and developing a strategy to do so; essentially rewarding good behaviour and ignoring undesirable behaviour.

Medications are reserved for moderate to severe ADHD cases and include Ritalin (methylphenidate) and Adderall (dexamphetamine). These medications are stimulants which increases certain neurotransmitters in the brain. In an individual without ADHD, it would result in over stimulation and over activity however in an individual with ADHD it has a paradoxical effect, making them less agitated and more focused.

A 2013 meta-analysis found some evidence for dietary modifications for a small proportion of children with ADHD. One-third of children with ADHD see some improvement with free fatty acid supplementation (omega 3) or reducing artificial food coloring from their diet. This review also found that evidence does not support removing other foods from the diet to treat ADHD. There is modest support for zinc supplementation however zinc may interfere with ADHD medications. There is no support for a gluten-free diet to improve ADHD.