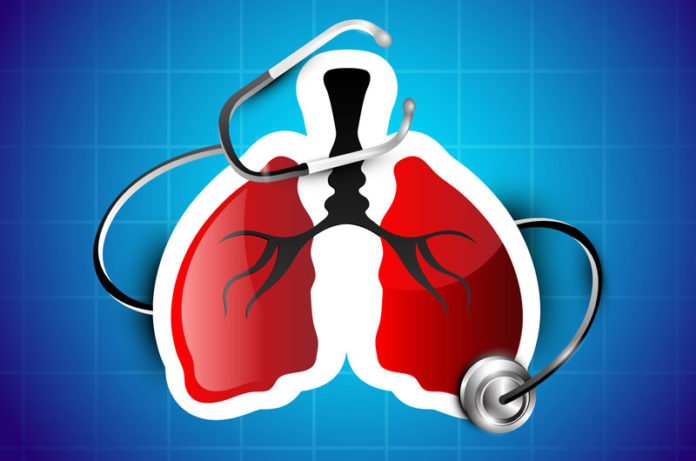 Asthma is a condition which causes airways in the lungs to narrow making breathing difficult.  Asthma is thought to be caused by a mixture of genetic and environmental factors. Any person can be affected; however diagnosis is usually in childhood.

During an asthma attack, an individual experiences shortness of breath, wheezing and coughing. The muscles surrounding the bronchi (air pipes) squeeze, restricting air supply to the lung and the airway fills with mucus (thick viscous fluid) making it even more difficult for air to reach the lung.

People may start coughing during an asthma attack and take short, fast breaths. They will find breathing difficult and their chest and ribs feel tight. As breathing becomes more difficult, you may hear wheezing sounds and gasps for air.

Scientists are not sure what exactly causes asthma, however it is now understood that there are triggers that can precipitate an asthma attack.

Allergies are one such trigger. Individuals suffering from allergies are more likely to suffer from asthma. An overreaction from the immune system causes chemical reactions that make airways swell and become smaller. Symptoms tend to be worse in the spring season.

Infections from viruses like influenza (flu) can set off the immune system the same way allergies do.

Children exposed to cigarette smoke have more frequent asthma attacks than those not exposed.

Lastly, exercise and stress are one of the leading causes of asthma attacks. Normally when we breathe in air, our nasal passage allows the air to be warmed up and add moisture before entering the bronchial (air) tubes and lungs. During exercise however, there is so much air entering the nasal passage which doesn’t have time for warming or moisture. This cold, dry air irritates the bronchial tubes and may precipitate an asthma attack.

How Asthma is diagnosed

Asthma can be diagnosed by a family physician, allergist or pulmonologist. Physical examinations, patient history and family history are critical in reaching a diagnosis. Chest x-rays may be completed to rule out pneumonia, and listening to lung sounds is critical for diagnosis.

It may be difficult to be at a doctor’s office or hospital at the time of an asthma attack, so there are methods in place where an exacerbation of asthma can be simulated in a controlled environment (methacoline challenge test), and adequately diagnosed and treated.

During a real or simulated asthma attack or diagnostic exam, breathing function can be assessed using the following tools:

Spirometery:  a common test used to assess how well the lungs work by measuring how much air you inhale and exhale and the speed of the air flow.

Peak flow meters:  inexpensive, portable, handheld device for those with asthma that is used to measure how well air moves out of the lungs. Using this meter is an important part of managing asthma symptoms and preventing an asthma attack

Pulmonary Function tests: are non-invasive tests that show how well the lungs are working. The tests measure lung volume, capacity, rates of flow, and gas exchange.

It is difficult to perform a lung function test in children younger than 5 years. Thus, doctors have to rely on medical histories, signs and symptoms, and physical exams to make a diagnosis.

If left untreated, asthma can collapse part or all or part of the lung or may lead to respiratory failure and become fatal.

Asthma is a chronic illness, meaning that most people diagnosed with the disease will have it for the rest of their lives. Some people may have long periods without having an asthma attack, however it’s imperative that medications are kept handy.

The most common used asthma drugs for short term relief are called beta-agonists which relax bronchial muscles. Albuterol is such an example.  Anticholinergics such as ipratropium bromide (Atrovent) and Tiotrpium Bromide (Spiriva) are medications that also provide short term relief.

Long-term control medicines are taken every day to prevent symptoms and attacks. These include inhaled corticosteroids, antileukotrienes or leukotriene modifiers and cromolyn sodium. They are considered to be the most effective medications for controlling asthma when taken regularly. They work continuously to reduce swelling of the airway.