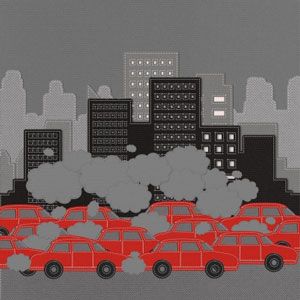 A recent study suggests that increased exposure to particulate matter air pollution is associated with a greater risk of anxiety symptoms.

A study published in the British Medical Journal has investigated the link between air pollution and anxiety. Anxiety disorders are the most common form of psychiatric disorder. Symptoms of anxiety disorders include disruptive fear, worry, avoidance, or hyper arousal. There is evidence to suggest that environmental factors, in particular, air pollution, may play a role in anxiety disorders.

A total of 71 271 women derived from the Nurses’ Health Study were included in the current study. Data available for these women included estimates on exposure to particulate matter, in addition to anxiety symptoms. Questionnaires based on the Crown-Crisp index phobic anxiety scale were used. This scale is made up of eight questions regarding fearfulness and avoidance of common situations or environments. Examples include:

– Being scared of heights

The scale also assessed the propensity toward worry. For example:

– Worry about getting some incurable illness

The questionnaire provides a score ranging between 0 and 16 points. Higher scores are indicative of higher levels of anxiety.

The results of the study showed that the nurses who lived closest to major roads (50-200m) had increased Crown-Crisp phobic anxiety scale scores when compared to nurses who live more than 200m away from major roads. The associations were found to be between higher particulate matter <2.5μm in diameter (PM2.5) and higher anxiety scores. The increase in anxiety scores were not seen when analyzing particulate matter 2.5 to 10μm in diameter (PM2.5-10).

This study adds to the growing body of literature that supports a link between air pollution and mental health outcomes, in this case, air pollution and anxiety symptoms. The researchers suggest further study to confirm the results, and follow up with changes to policies and regulations that would reduce the exposure to PM2.5.

Image courtesy of basketman at FreeDigitalPhotos.net