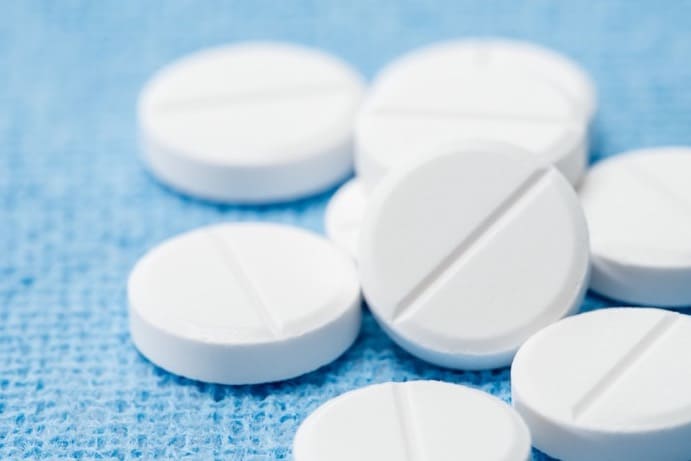 A recent article in The New England Journal of Medicine compared aspirin with rivaroxaban as a postoperative drug for venous thromboembolism following knee replacement surgery.

More than 80, 000Data from the Canadian Joint Replacement Registry suggests that more than 80, 000 hip and knee arthroplasty procedures are performed every year in Canada. Knee replacement surgery, formally known as knee arthroplasty,  is most commonly performed to alleviate pain and suffering resulting from osteoarthritis. It is also recommended when an injury or some other pathological conditions severely limit the use of your knee for everyday functions. In this procedure, the weight-bearing surface of the knee is replaced with biocompatible plastic and metal components to mimic the characteristics of a natural knee joint.

Despite the commonality of the procedure, there are several postoperative complications that can complicate recovery following surgery. Examples of such as complications include infections, pain, implant issue, and the most common of all is the occurrence of blood clots leading to deep vein thrombosis and pulmonary embolism.

Deep vein thrombosis is a postoperative condition that can arise when a free-floating clot lodges in a crucial blood vein or, in rare cases, within the lung (pulmonary embolism) seriously compromising the blood flow. This leads to symptoms such as pain, swelling, tenderness, or discoloration of the affected area. In extreme cases, this condition can be life-threatening.

Collectively, these two conditions are called venous thromboembolism and can occur in almost 60% of patients undergoing complex orthopedic procedures. These events most commonly occur within the first few weeks following surgery and therefore orthopedic surgeons will often prescribe anti-coagulants to minimize the risk due to these conditions.

All patients were given 10mg of rivaroxaban by mouth for five days post-surgery. Half of the patients were then randomly switched to 80mg of Aspirin whereas the other half continued taking rivaroxaban.The results of this study were recently published in the New England Journal of Medicine.

In a sample consisting of approximately 1,700 patients each, venous thromboembolism events were recorded in 11 patients treated with aspirin and in 12 patients treated with rivaroxaban. This accounts for a difference of 0.06% between two groups. Similarly, serious bleeding events were not markedly different in the two groups, occurring in eight and five patients within the aspirin and rivaroxaban-treated groups respectively. Overall the results derived from this 90 day post-surgery follow-up suggested that aspirin can be substituted in place of rivaroxaban as a postoperative treatment choice for the prevention of venous thromboembolism.

This study also echoed the results of a similar study that previously suggested that aspirin and heparin were equally effective in preventing venous thromboembolism events post-operatively. Overall these studies hint that the cheaper and generic aspirin offers a rational and clinically-proven alternative to some more expensive oral anti-coagulants that are prescribed in post-operative care following knee replacement surgery.