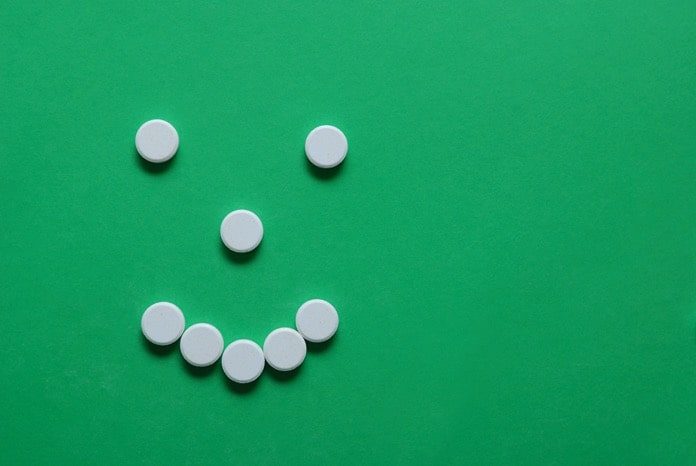 Almost half of cancer patients with solid tumors develop cognitive problems, including problems with learning, concentration, and memory. Some of these problems can remain decades after successful cancer treatment. Doctors used to think that chemotherapy was causing these cognitive impairments, but we now know that they can start even before treatment.

A group of Australian researchers have been studying cognitive problems associated with cancer. They suspected that inflammation, caused by tumors, may be the cause. They tested if ordinary aspirin, an anti-inflammatory drug, could help. They recently published their results in the scientific journal PLOS One.

One important measure of cognitive abilities is the ability to remember new things. In this study, the mice were tested on their ability to recognize objects that they’d been shown previously. The memory of mice injected with tumor cells was compared to the memory of healthy mice that had been injected with water only.

Tumors produce lots of pro-inflammatory substances, so it is possible that this tumor-related inflammation is actually causing the cognitive problems in the mice. To test this, the researchers added aspirin, a drug that decreases inflammation, to the mice’s drinking water. The mice would have consumed an amount of aspirin equivalent to 100 mg/day in humans. This is considered a low dose of aspirin.

The aspirin prevented the memory problems in mice that had been injected with tumor cells. The aspirin had no effect on tumor size.

The effects of aspirin on cognition may be different in humans

This study had some limitations. For example, the memory problems were most severe within a few days after injection of the tumor cells. The problems appeared to become less severe, and maybe even disappear, two weeks after the tumor cells were injected. This raises the question of whether or not these cognitive problems are really comparable to those seen in human patients, which can last much longer. Also, the researchers started feeding the mice aspirin 36 hours before they injected them with cancer cells. Obviously, treatment could not start before the cancer is detected in human patients.

Finally, the fact that it works in mice does not guarantee that it will work in human patients. Aspirin needs to be tested in clinical trials to ensure that it actually works in the oncology clinic and to make sure that it doesn’t cause problems when mixed with other cancer treatments.

Despite these limitations, low-dose aspirin is safe and inexpensive. This means that it would be relatively easy to introduce into cancer treatment programs if a clinical trial confirms that it is helpful.