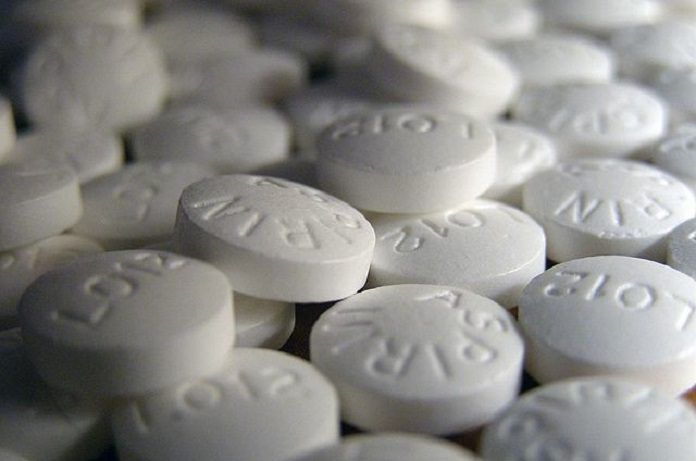 Recent observational studies suggest that administrating aspirin to patients at high-risk of developing cardiovascular diseases may also reduce colorectal cancer incidence and mortality. A new meta-analysis aimed to compare the efficacy of aspirin with established colorectal cancer screening strategies confirmed that aspirin may be equally effective.

A low daily dose of aspirin is routine treatment for patients deemed at high-risk of developing cardiovascular diseases. In fact, aspirin prevents blood clots from obstructing blood flow within arteries and thereby greatly reduces the risk of strokes.

In addition to this well-established use, recent observational studies suggest that aspirin may also impart protection against colorectal cancer (CRC). However, the main focus of these studies was the impact of aspirin on the risk of developing cardiovascular diseases and hence, this finding on CRC was serendipitous. Moreover, it is unclear to what extent these observations are reproducible and whether they are relevant for patients who are not at risk of developing cardiovascular diseases. Finally, the potential efficacy of aspirin compared to established colorectal cancer screening strategies such as flexible sigmoidoscopy (FS) and guaiac faecal occult blood testing (FOBT) in reducing CRC incidence and mortality is largely unknown.

To shed light on this uncertainty, a Norwegian group of researchers performed a meta-analysis of several peer-reviewed publications. Their results were published in Alimentary Pharmacology and Therapeutics. Importantly, they found no study where this direct comparison was performed and hence, their analysis draws conclusions from a pool of 17 publications comparing either 1) FOBT and FS with one another or with a control or 2) aspirin with a placebo control. Their analysis included publications from Medline, EMBASE and the COCHRANE central register where at least 100 individuals were randomized and followed-up for a minimum of two years to monitor CRC mortality, incidence or both.

Overall, their analysis suggests that aspirin is equally effective as FS and FOBT in reducing the mortality and incidence of CRC. However, these results must be interpreted cautiously for many reasons. First, their analysis included only 17 publications in which the design as well as the final outcomes regarding CRC incidence appear very heterogeneous. Notably, the daily dose of aspirin varies of more than 10-fold from 75 mg to 1200 mg. Moreover, as pointed out by the authors, the control for an aspirin treatment consists in a placebo whereas a control for a medical intervention such as FS simply is no intervention, which may well introduce a significant bias. Finally, the cohorts of patients across studies diverge substantially, with aspirin trials investigating patients at risk of developing cardiovascular diseases and FOBT and FS trials investigating patients at risk of CRC. For these reasons, it appears premature to draw any conclusion and a bona fide randomized clinical trial investigating how the efficacy of aspirin compares to that of established screening strategies in preventing CRC appears necessary.