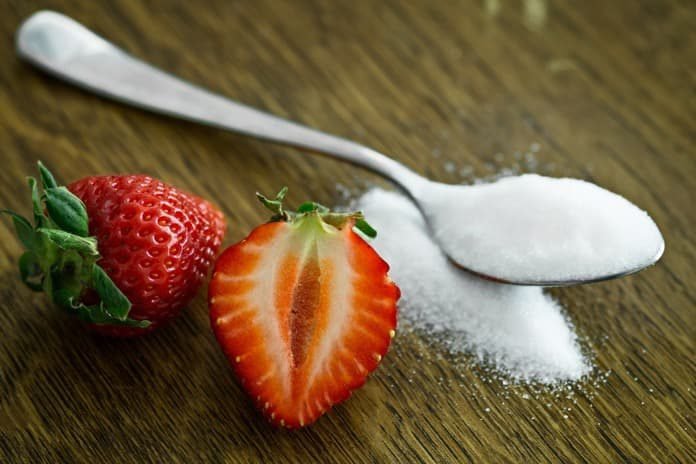 A recent study investigated the effects of aspartame, a sugar substitute, on the body weight and blood sugar levels of healthy adults.

Aspartame had no effect on blood sugar or weight

The participants’ characteristics (age, body mass index, waist circumference, systolic or diastolic blood pressure, glycated hemoglobin, and fasting glucose) were not significantly different between treatment groups at the start of the study.

Twelve weeks after treatment, they did not find any significant differences in glycated hemoglobin, lipids, leptin, and blood glucose levels between the three treatment groups. They also did not find any differences in the reported ratings of hunger, fullness, desire to eat, and thirst at all recorded time points. Finally, aspartame ingestion was found to not have any effect on the percentage of fat mass, fat-free mass, fat mass, fat-free mass, and body weight.

In conclusion, daily ingestion of low or high-dose aspartame was found to have no effect on blood glucose levels, hunger, or body weight after twelve weeks. The study reaffirms previous studies and demonstrates that low-calorie sweeteners are not associated with adverse health effects such as increased blood sugar in healthy adults and can be used as an effective sugar substitute in foods and beverages.

It is important to note that the study was supported by Ajinomoto Co., Inc., a food and chemical corporation that produces sweeteners. However, the authors do state that the funding source did not have any access to the study design, conduct, analyses, or report of the findings.