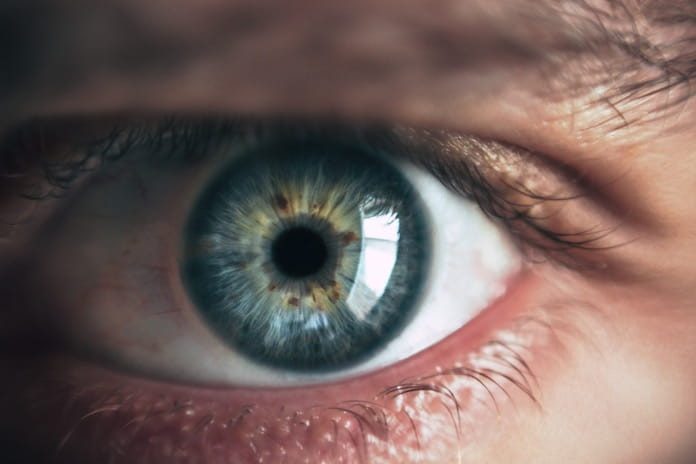 Diabetic eye disease can cause blindness, especially if the diagnosis is delayed. Artificial intelligence may play a role in early detection.

Millions of people lose their eyesight to diabetic eye disease, out of the roughly 285 million people with diabetes mellitus worldwide. In many cases, delayed diagnosis is a contributing factor to vision loss. This is compounded with a lack of early symptoms; once symptoms appear, diabetic eye disease is often in an advanced stage. In addition, people with limited access to health care have an increased risk of blindness.

Vision loss in diabetic eye disease occurs when the blood vessels in the retina, or the lining on the back of the eye, become damaged from high blood sugar levels. These damaged vessels leak blood and fluid causing poor vision. If scars develop from the damage, the person can become blind. Early diagnosis can lessen the chance of vision loss by 50%.

Currently, physicians diagnose diabetic eye disease with the aid of advanced technology, such as retinal scans and cameras. However, these instruments are “invasive or expensive, and often unavailable in remote or developing parts of the world,” stated Dinesh Kant Kumar, PhD, with the Royal Melbourne Institute of Technology (RMIT) in Melbourne, Australia, in a press release.

An algorithm to detect diabetic eye disease in eye images

Researchers at RMIT aimed to develop a screening for diabetic eye disease that is quick and widely accessible. Previous screening devices showed poor performance rates. Therefore, the researchers focused on creating an algorithm, a method that solves a mathematical problem, to immediately detect diabetic eye disease in an eye image. Specifically, they measured the algorithm’s ability to find exudates, a fatty substance that leaks from damaged blood vessels.

The researchers studied three artificial intelligence methods containing algorithms to determine their accuracy in detecting diabetic eye disease. Each method analyzed 136 images of retinas with known areas of exudates and non-exudates. The researchers evaluated the overall accuracy of each method at finding exudates in the retinal images.

The results, published in Computers in Biology and Medicine, revealed that one artificial intelligence method was significantly more accurate at detecting exudates compared with the other two methods. The accuracy rate of the algorithm was 98%, which is “just as accurate as clinical scans but relies on retinal images that can be generated with ordinary optometry equipment,” stated Dr. Kumar in a press release. Also, the elapsed time of detection for the method was instantaneous.

This was the first study to compare different artificial intelligence methods to discover which method performs the best in the detection of diabetic eye disease. However, a lack of specific rules for the algorithms may have affected the study’s results. Also, the small number of retinal images used in the analysis may have influenced the performance of the methods. Of note, the researchers determined that the artificial intelligence method with the highest accuracy was not affected by the small sample.

This study shows that artificial intelligence has the ability to accurately detect diabetic eye disease. Artificial intelligence may make a diagnosis “quicker and cheaper” and “could be life-changing for the millions of people who are currently undiagnosed and risk losing their sight,” stated Dr. Kumar in a press release. The researchers plan to further develop the technology that may ease the burden of diabetic eye disease for many people, he added.