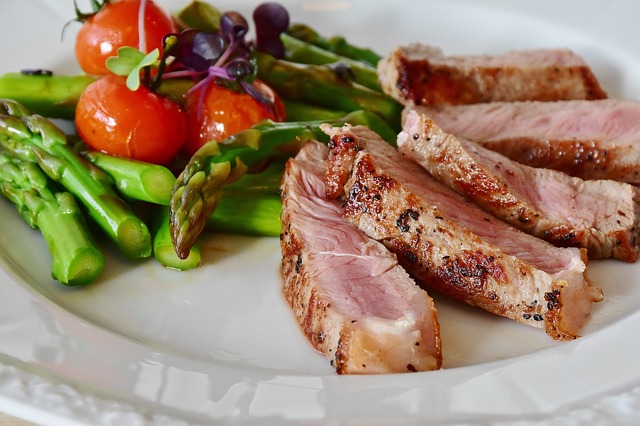 As one of the most popular weight-loss strategies, are low-carb diets healthy? Researchers recently studied the long-term effects of low-carb diets.

Almost 2 billion adults were considered overweight in 2016, and nearly one-third of those were obese. Fortunately, overweight and obesity can often be successfully treated through diet and exercise. There are many different dietary programs and one of the most popular is the low-carbohydrate (low-carb) diet.

Low-carb diets work by limiting the intake of carbohydrates and increasing the amount of protein, fat, or both. Carbohydrates come mainly from foods such as grains, starchy vegetables, and starchy fruits. The body breaks carbohydrates down into glucose and uses that as fuel. However, when there are more carbohydrates than the body needs, the glucose is converted into fat and stored.

In order to get the necessary fuel required for the body while on a low-carb diet, fat is converted to energy and burned, resulting in weight loss. Some of the most popular low-carb diets, such as keto diets, restrict the amount of carbohydrates eaten and replace them with meat, poultry, fish, and eggs, and low-starch vegetables like spinach, celery, asparagus, and avocado. However, there is conflicting data on the long-term health effects of these low-carb diets.

Researchers from the Cardiovascular Division, Department of Medicine at Brigham and Women’s Hospital in Boston, MA studied the long-term health effects of low-carb diets. Their results were published in The Lancet.

The study used data from the dietary questionnaire in the Atherosclerosis Risk in Communities (ARIC) study. Study participants were US residents, 45-64 years old between 1987 and 1989. The 15,428 participants provided information about their dietary intake with the questionnaire, then were examined at six follow-up visits between 1990 and 2017.

The questionnaire reported how often participants ate foods and drinks in specific categories to determine their carbohydrate intake. Using this data, the researchers determined whether there was a link between the amount of carbohydrates consumed and the risk of death. The study found that diets with high (more than 70%) or low (less than 40%) carbohydrate consumption were linked to an increased risk of death.

Overall, researchers determined that a diet made up of 50-55% carbohydrates is the healthiest. If the low-carb diet is going to be used, replacing carbohydrates with plant-based proteins or fats is the best approach for long-term health.

Researchers noted that the study results were observational and were not from a clinical trial. This means that the conclusions about animal-based and plant-based proteins may not be applicable to cultures that have a high carbohydrate consumption, but their primary source of animal-based protein is fish, such as the Asian culture.

The results of the study suggest that low-carb diets are a good way to shed extra pounds. However, as with any diet and exercise plan, consult a doctor before beginning. Instead of replacing most carbohydrates with protein from meat, replacing with plant-based proteins, such as nuts and beans may be a healthier option.

Image by RitaE from Pixabay