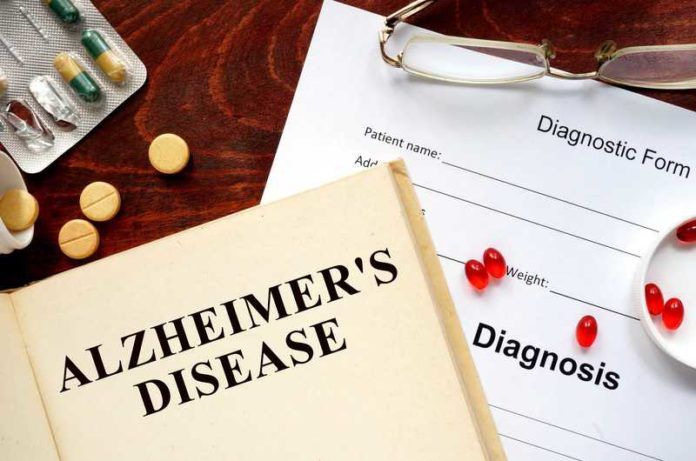 Alzheimer’s disease (AD) is a neurodegenerative disease which ultimately causes dementia, the inability to think and remember. Early symptoms include short-term memory loss, loss of linguistic skills, disorientation, and other behavioural issues. AD most commonly occurs in individuals over the age of 65, although some cases begin earlier.

The two hallmarks of AD are the loss of neurons in the cerebral cortex and the accumulation of protein aggregates in the brain. However, changes in the brain upstream to these defects are still unknown. Recent studies have implicated the aquaporin-4 (AQP4) protein in neurodegenerative diseases. AQP4 is a water channel protein that allows recirculation of solutes in the cerebrospinal fluid. AQP4 is normally localized to the cerebral vasculature; however, mis-localized AQP4 protein has been observed in neurodegenerative diseases. It is hypothesized that abnormally localized AQP4 may promote the protein aggregation and neurodegeneration that is observed in AD.

A new study published in JAMA Neurology aimed to determine whether changes in AQP4 expression and localization are associated with AD. The researchers conducted their analyses on post-mortem brain samples of cognitively healthy individuals as well as AD patients between the ages of 33-105. The expression of AQP4 was determined by Western blotting, a biochemical technique which uses antibody-antigen binding to determine overall levels of a protein present in a sample. The researchers studied AQP4 localization by immunofluorescence, a method of antibody-antigen binding on fixed tissue which allows one to visualize protein location by its fluorescent signature.

This study determined that there was a direct link between AQP4 expression and aging, such that with advancing age, AQP4 protein expression increased in the brain. Additionally, while healthy individuals display AQP4 in the cerebral vasculature and perivascular area (in or around blood vessels in the brain), individuals with AD showed a loss of perivascular AQP4. This effect was independent of the age of the individual.

This study has important implications for the pathology of AD. Importantly, the loss of perivascular AQP4 may be an important factor in making the brain more susceptible and sensitive to neurodegeneration and a build up of toxic proteins in the brain. AQP4 expression and localization may be a key upstream process in AD, and targeting AQP4 localization may provide a valid therapeutic approach in the future.