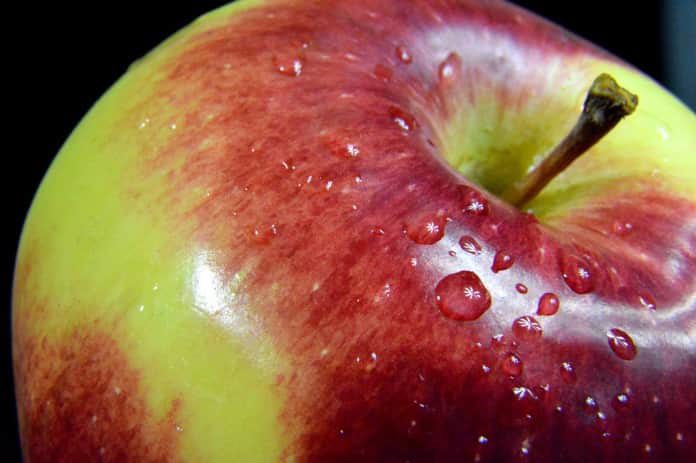 Gastroenteritis is inflammation of the stomach and intestines, typically the result of a bacterial or viral infection. Children with mild gastroenteritis can become dehydrated. Continued vomiting and diarrhea without sufficient fluid replacement can lead to the need for IV rehydration, significant weight loss, and even death. Treatment for pediatric gastroenteritis typically involves an oral rehydration therapy in the form of electrolyte solutions. However, since the evidence supporting this approach comes mainly from low to middle-income countries, prescription electrolyte solutions may not be necessary for higher income countries where significant dehydration is uncommon.

Electrolyte maintenance solution is fairly expensive and often does not taste good to children.  Researchers from Calgary and Toronto conducted a study to determine whether similar positive results could be obtained using a simple apple juice solution in children with mild gastroenteritis. In this study published in the Journal of the American Medical Association, researchers performed a single-center, randomized, single-blind trial in Toronto from October 2010 to April 2015.

They randomly assigned 647 children with gastroenteritis and minimal dehydration aged 6 to 60 months to receive either color-matched half-strength apple juice followed by their preferred fluids or apple-flavored electrolyte maintenance solution. The intervention group, given the apple juice, included 323 children and the control group included 324 children. The intervention group was given fluids as desired after discharge, while children in the control group drank only the electrolyte maintenance solution.

A composite measure of treatment failure within one week of enrollment served as the primary outcome, which was defined as hospitalization or the need for intravenous rehydration, subsequent unscheduled physician encounter for the same episode of vomiting or diarrhea, and/or weight loss or significant dehydration at in-person follow-up.

Among the 99.5% of children who completed follow-up, those in the intervention group experienced fewer treatment failures than did those in the control group (16.7% vs. 25%). The children in the apple juice group also required intravenous rehydration less often (2.5% vs. 9%). Comparable rates of hospitalization, diarrhea, and vomiting frequency occurred between groups.

“These results challenge the recommendation to routinely administer electrolyte maintenance solution when diarrhea begins,” the researchers wrote. The results are  largely based on a smaller, unblinded study. The researchers also note that “the present study findings, derived from a larger and more heterogeneous population, confirmed via provincial registries, and conducted in an era when complicated episodes of gastroenteritis have become uncommon, may more accurately reflect the effect rehydration fluid choice has on unscheduled medical visits.”

This important study challenges the accepted treatment protocol for pediatric gastroenteritis. Thus, children with mild gastroenteritis in high-income countries such as Canada or the United States, may be treated just as effectively, if not more effectively, with dilute apple juice and preferred fluids, rather than electrolyte solution.