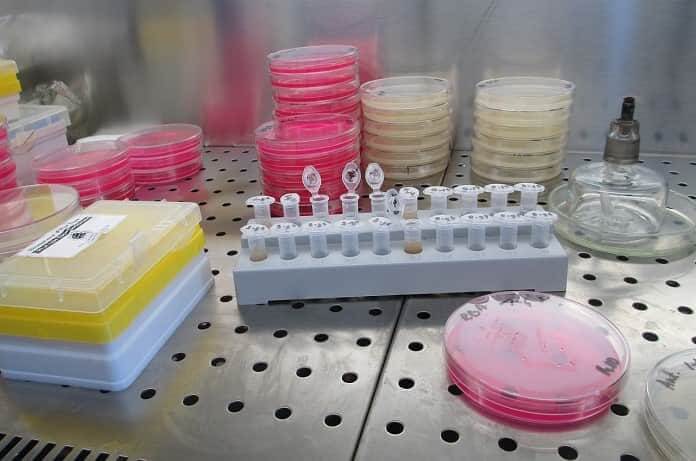 Nicholas Waglechner and Gerard D. Wright investigate the ancient origins and current state of antibiotics and antibiotic resistance in a recently published review in BMC Biology.

The inappropriate and widespread use of antibiotics has led to the development of antibiotic-resistant pathogens, capable of causing death and disease. For example, Methicillin-resistant Staphylococcus aureus (MRSA) is a highly resistant bacterium that significantly increases mortality rates. A recent review, published in BMC Biology by Dr. Nicholas Waglechner and Dr. Gerard D. Wright investigates the ancient origins of antibiotics and antibiotic resistance as well as the consequences of the modern antibiotic era.

The synthesis of antibiotics and antibiotic resistance is inevitable. In fact, molecular clock studies and other genetic analyses suggest that the cellular machinery required for antibiotic synthesis and resistance emerged as early as one billion years ago. Recent genetic data from permafrost have shown that early microbials contained resistance machinery comparable to modern cases of bacterial resistance. Moreover, bacteria found in geologically isolated caves were found to be resistant to multiple classes of antibiotics. Collectively, this data suggests that antibiotic synthesis and resistance is an ancient feature of prokaryotes, embedded in their genetic make-up.

Resistance Elements of Antibiotics Should be Monitored

Unlike bacteria, human pathogens have fewer genes capable of making antibiotics and conferring resistance. Instead, pathogens have evolved to evade the immune system and are generally susceptible to the effects of antibiotics. Unfortunately, the inappropriate human use of antibiotics since the 1930s has allowed pathogens to accumulate and incorporate resistance genes into their chromosomes and plasmids. Thus, it is suggested that for each antibiotic, the spectrum of resistance elements found in the environment should be catalogued and monitored. Such efforts could help predict the development of resistance in pathogens and give clinicians and researchers the opportunity to study these mechanisms before they become problematic.

Finally, the article delves into the possibilities of resistance reversal and resistance mobilization. Most antibiotics employed in a clinical setting target essential, highly conserved, cellular components of the target bacterium. Changes to these essential cellular components may prove beneficial in temporarily conferring resistance but may also be associated with deleterious consequences for the bacteria. Therefore, resistance to a given antibiotic might be lost, over time, in the absence of the antibiotics. Additionally, resistance can be reversed by drift, the addition or removal of genes from the genome, if the bacterium is not exposed to the antibiotic for a long duration; however, this is unlikely. Factors that promote mobilization of resistance include selection by antibiotics, compatibility (ability to accept and express newly acquired genetic material), and proximity (the contact that microbes have where they can exchange compatible genetic material).

Antibiotic Prescriptions Should be Prescribed with Care

The current review emphasizes that antibiotic resistance is an ancient feature of bacteria that cannot be avoided. Understanding how resistance emerges and spreads is important in establishing proper protocols for the selection and deployment of next-generation antibiotics. Furthermore, the possibility of an ‘irresistible antibiotic’ capable of targeting most or all bacteria is nearly impossible. Therefore, researchers and clinicians must prescribe antibiotics with care to ensure that antibiotics are used minimally and effectively.