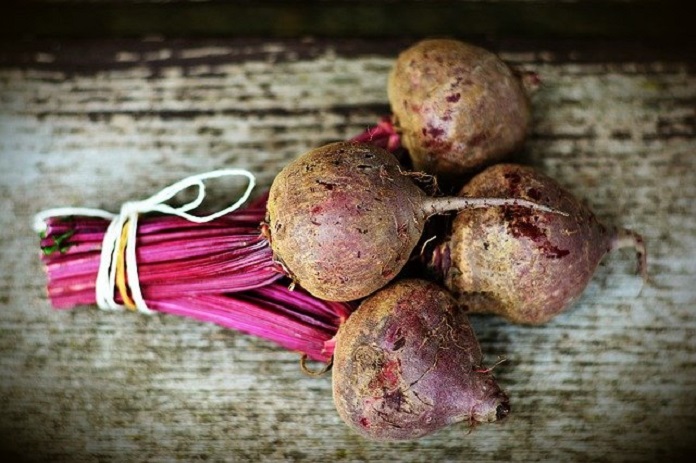 Medicinal properties of plants often come from the plants’ attempt to protect itself from predators. Plants have developed many approaches to defend themselves from microorganisms or pests. Some defensive properties are easily seen, such as spines or thorns. Others are internal through chemicals, like secreting small protein molecules called peptides in the seeds, leaves, or roots. These peptides prevent predators from digesting the plant, storing or metabolizing plant proteins.

Researchers from MedUni Vienna’s Institute of Pharmacology performed detailed searches of plant and animal genetic databases to determine likely candidates for developing drugs from natural sources. The team recently completed a study of the beetroot to determine whether it contains peptides which can be used to treat diseases. Their results were published in the Journal of Natural Products.

The researchers analyzed dried leaves and roots of the beet plant. They pulled out a large sample of beetroot juice and freeze dried it for their experiments. Using mass spectrometry, reverse phase liquid chromatography, genome mining and other detailed analyses, the peptides in beetroot were better chemically understood.

Through the experiments, the researchers were able to isolate peptides used by the beetroot for defense. The beetroot peptide found by the research team specifically inhibits prolyl oligopeptidase (POP). POP inhibitors are subjects of research to treat inflammatory diseases such as Alzheimer’s Disease and multiple sclerosis.

Study leader, Dr. Christian Gruber noted in a press release, “Our attention was drawn to a possible function as so-called ‘protease inhibitors’. The beetroot peptide can… inhibit enzymes that digest proteins. This means that, in future studies, this group of plant peptides called ‘knottins’, such as those found in beetroot, could potentially provide a drug candidate for treating these diseases.”

The identified beetroot peptide can even be found in low quantities in commercial beetroot juice. Although the results indicate the beetroot peptide could be useful in developing drugs to treat inflammatory diseases, the study author said, “it would be unreasonable to hope that dementia could be prevented by regular consumption of beetroot.”