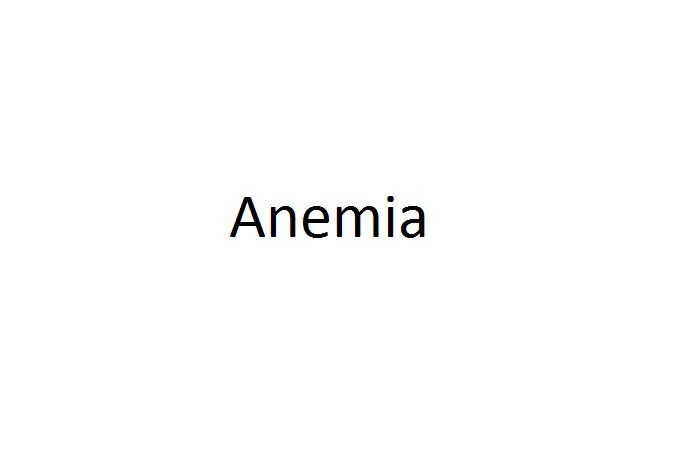 Anemia is a condition where the blood carries a low amount of oxygen throughout the body. This results in a low supply of oxygen to the body’s tissues and organs. The most common type of anemia is iron deficiency anemia, which affects the production of hemoglobin and red blood cells.

There are three major reasons for a low iron supply in the blood. Low iron can be a result of a reduced intake in the diet, a reduced absorption by the intestine, or through blood losses.

Although treatment for iron deficiency anemia usually requires supplementation, it is necessary to correct the underlying cause.

Children under the age of five, women of childbearing age, and pregnant women are the most at risk populations for iron deficiency anemia. Patients with chronic kidney disease, chronic heart failure, cancer, and inflammatory bowel disease are also at a high risk.

Over 1.6 billion people are affected by anemia worldwide and this includes patients living in developed countries where iron-rich foods are widely available. This highlights the importance of iron deficiency anemia as a chronic worldwide health concern.

Iron is absorbed from food and supplements through the upper small intestine. Iron is best absorbed when it is found in meat products, such as lean meats and seafood. This type of iron found in animal products is called heme-iron. Non-heme iron, found in nuts, fortified grains, beans, and vegetables, is more difficult to absorb.

Once iron is absorbed through the intestine it is transferred to an iron-transport protein in the blood called transferrin. Transferrin transports the iron to the cells that will produce hemoglobin. With iron deficiency anemia, there is less iron in the blood for hemoglobin production. Less hemoglobin in the blood reduces the amount of oxygen that the blood can carry to the organs and tissues.

The challenge in diagnosing iron deficiency anemia is that the symptoms overlap with other types of anemia.

Iron deficiency anemia can cause:

Non-specific symptoms that may be associated with many other conditions include:

In some cases, patients may not even have any symptoms to report.

Anemia is defined by the World Health Organization as a hemoglobin level of less than 13g/dL in males and less than 12 g/dL in females. The diagnosis of iron deficiency anemia relies on a patient’s blood work.

An iron study of the blood will measure the amount of iron as well as other key proteins, transferrin, ferritin, and hemoglobin, which are found in the bloodstream.

Transferrin is the iron-transporting protein and is typically increased when iron stores are low. The increased amount of circulating transferrin allows the body to extract as much iron in the blood as possible. Ferritin is the iron-storing protein in the blood, so when the iron is not in use, the body will store it for the future. These two proteins attempt to increase iron stores in the body to prevent anemia since iron absorption through the intestine is a major challenge.

Stages of the Disease

Iron deficiency anemia develops in stages. At first, the iron requirements for normal bodily functions increases and exceeds the intake through dietary sources. To compensate for the lack of iron intake, the body uses up the precious stores of iron that the body has been saving and hiding in the bone marrow.

If the iron stores are not replenished, they will soon run out, so the intestine adapts to this condition and increases its ability to absorb iron. If adequate stores are still not available, red blood cell production will decrease and the patient develops anemia. Since the condition occurs in stages, an iron study can detect a developing deficiency.

This highlights the importance of investigating the deficiency through blood work and correcting it before the patient develops anemia or the consequences of anemia. 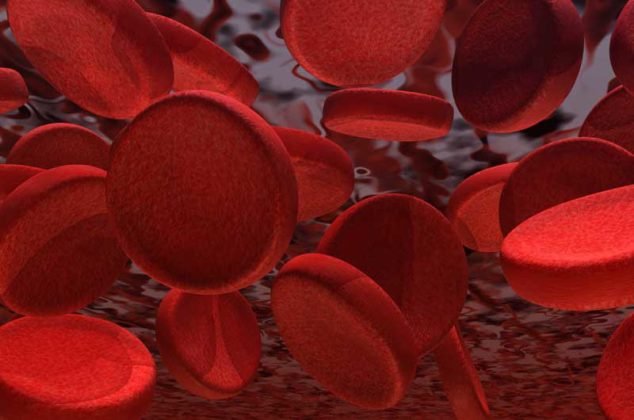 Before a treatment is decided, physicians must identify the cause of the iron deficiency.

If blood loss is causing the deficiency, the doctor must find the bleed and control it or stop it. Menstrual blood losses, pregnancy, and dialysis treatment are major contributors to iron-deficiency anemia. Blood losses may be very obvious (such as in traumatic accidents) or may also occur in hidden areas such as the gastrointestinal tract. These blood losses must be corrected and iron supplementation is necessary to restore the iron supply.

To recommend the appropriate dose for replenishing iron stores, these absorption percentages must be considered. Taking iron supplements with a glass of orange juice or with 250 to 500 mg of vitamin C can aid the absorption of iron by providing an acidic environment.

Certain medications may reduce the absorption of iron as well. Any medication that can reduce the acidic environment in the stomach, such as proton pump inhibitors, histamine-2 receptor blockers, and antacids with calcium, magnesium, or aluminum should be taken a few hours apart from any iron-containing product.

Oral iron supplements are best absorbed on an empty stomach, however, one of the common complaints from patients is stomach discomfort, nausea, and constipation. Patients who are intolerant to iron supplementation should start on a low dose of iron and increase their dose progressively until they reach the desired daily dose. Dividing the daily dose into two or three times a day may also alleviate some discomfort.  Switching to an iron supplement with a lower absorption percentage or switching to a liquid formulation can also help with the gastrointestinal side effects.

Intramuscular iron injections are not safer than intravenous injections and are associated with a more painful administration and permanent skin discolouration.

Patients with specific medical conditions (Helicobacter pylori infection, celiac disease), women of childbearing age, and pregnant women should take measures to prevent iron deficiency anemia since they are at a high risk of developing anemia.

Consuming iron-rich foods is the best way to prevent iron deficiency anemia. Iron-rich foods include red meats, fish, poultry, and shellfish. Other sources of iron include peas, lentils, beans, tofu, dark leafy green vegetables, dried fruits, and grain products that are fortified with iron. These are important sources for vegetarian and vegan patients.

It is also important to know the recommended daily allowances of iron for your gender and age group as our needs change from childhood to adolescence and into old age. Iron requirements for vegetarians are actually almost two times higher than non-vegetarians.

Iron deficiency anemia is a common condition affecting patients in developing and developed countries. Iron requirements are different for men and women and also differ from one age group to the next. Certain patients are more at risk of developing a deficiency such as pregnant woman and patients with celiac disease. When treating iron deficiency anemia, it is critical to determine the cause of the deficiency. This places an emphasis on appropriate diagnostic measures.