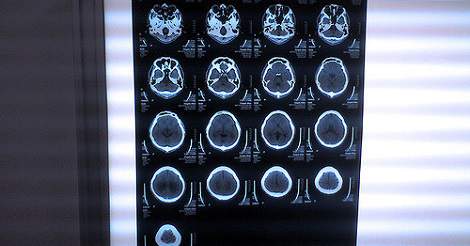 Alzheimer’s disease is a chronic neurodegenerative condition classified by amyloid beta (Aβ) aggregates and neuronal loss, pathologies that can be visualized in patients before the onset of clinical symptoms. A new study published in JAMA Neurology aimed to study longitudinal Aβ accumulation based on preclinical staging of AD.

Alzheimer’s disease (AD) is a chronic neurodegenerative disease that manifests slowly and worsens over time. It is responsible for 60-70% of cases of dementia, and leads to memory loss, problems with language, disorientation, mood swings, and other behavioural problems. While the cause of AD is not completely understood, pathophysiological processes in AD begin well before the onset of clinical symptoms.

AD is identified as a protein misfolding disease with plaque accumulation of abnormally folded amyloid beta (Aβ) and tau proteins in the brain. It is believed that this abnormal accumulation of protein disrupts neuronal homeostasis which induces cell death. As a result, patients with AD suffer from a significant loss of neurons and synapses in the cerebral cortex leading to a gross atrophy of affected brain regions. Cerebrospinal fluid (CSF) assays and neuroimaging, including magnetic resonance imaging (MRI) and positron emission tomography (PET), allow the detection of pre-clinical Aβ protein deposition in the brain as well as early signs of neurodegeneration.

The National Institute on Aging-Alzheimer’s Association (NIA-AA) developed a system for staging pre-clinical AD, which groups patients into stages based on clinical biomarkers. In stage 1, Aβ deposits are present. In stage 2, Aβ deposits and neurodegeneration are evident. In stage 3, both biomarkers are present along with subtle cognitive decline. Individuals with no abnormal biomarkers are classified as stage 0. Lastly, those with evidence of neurodegeneration in the absence of abnormal Aβ levels are termed suspected non-AD pathophysiology (SNAP).

This study provides evidence that more advanced preclinical stages of AD have greater longitudinal Aβ accumulation. Additionally, the SNAP group appears to capture comorbid pathological features rather than emerging AD, and should be treated as its own entity. While this study included a large cohort and studied multiple measures of neurodegeneration, it was limited by its modest number of subjects in advanced preclinical stages. Nonetheless, it provides important data indicating that preclinical stages of AD advance at different rates and should be monitored closely.