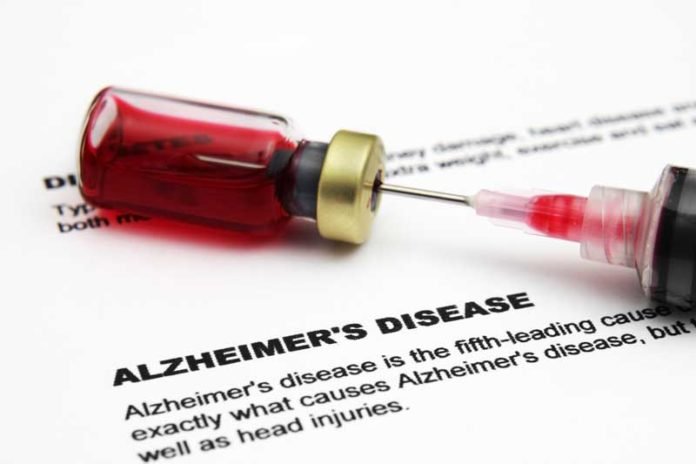 What is Alzheimer’s disease?

Alzheimer’s disease is the most common cause of dementia; a neurodegenerative disorder marked by memory impairment, personality changes, and impaired reasoning. It is seen most often in the elderly population 65 years and above, but early onset has been documented in 4-5% of cases (1). Sadly this type of dementia is progressive and irreversible. While similar to other forms of dementia, Alzheimer’s disease has an insidious onset, gradually degrading memory, speech and motor skills over a period of years before ever being diagnosed (2).

Patients with this disease often first present with short term memory loss, they will start a task and then completely forget what and why they were doing it in the first place. They will forget recently learned facts, and may start to have difficulties with speech and understanding (aphasia), difficulties with perception of persons or objects (agnosia) and difficulties with particular purposive movements or actions (apraxia). As Alzheimer’s progresses into the late stages, individuals start losing executive functioning and decision making capacity. This means they are no longer able to take care of themselves independently in regards to such tasks as managing finances, cooking meals, or navigating their surrounding environment, often getting lost in previously familiar territory(3). Knowing this, constant supervision of Alzheimer’s patients is often required creating a massive burden to the families affected, and regrettably results in their admittance into nursing home facilities.

Prognosis is often grim with Alzheimer patients, with life expectancy of approximately six years post diagnosis (4); men having the least favorable survival rates (5). While dementia would be the underlying cause of death, external complications as a result of the dementia would more often lead to their demise; bronchopneumonia being the most fatal(4).

You may be asking yourself; with all our modern medicine we must have identified what causes Alzheimer’s disease, right? Well unfortunately its reasons for occurring are still relatively unknown despite first being documented over 100 years ago (6). We can only hypothesise about its possible origins. What we do know is that there is a correlation between: deposition of misfolded beta amyloid proteins in the brain and neuronal degradation (14). Here are some common yet debated theories:

Our genes playing a role in the disease has been a popular theory in identifying where Alzheimer’s stems from. Studies based on twin and family studies have shown a correlation of 49-79% in these groups (8,9). Some cases are autosomal dominant, specifically early onset familial Alzheimer’s disease where symptoms appear before the age of 65, and can be attributed to mutations in either the Amyloid Precursor Protein or Presenilin 1 and 2 encoding genes(10). When the encoding gene is mutated, it results in the increase production of a small protein called Amyloid beta 42; a main component in senile plaques found in the brains of Alzheimer’s patients.

Most cases however do not exhibit autosomal inheritance, but are in fact sporadic where environmental and genetic differences may act as risk factors. The most well-known genetic risk factor is the inheritance of the Apolipoprotein E gene (11). This gene has been found in approximately 40-80% of people with late onset Alzheimer’s disease (12).

Extracellular amyloid protein deposition has been proposed as a fundamental cause of Alzheimer’s disease. Support for this theory stems from the location of the amyloid precursor gene on chromosome 21. This in fact is the same gene that causes Down’s syndrome, where there is an extra copy of the gene in question (Trisomy 21) which causes the well-known attributes of the syndrome.  Down’s syndrome patients manifest the earliest symptoms of Alzheimer’s disease by 40 years of age (13).

How can we treat Alzheimer’s disease?

We have yet to find a cure of Alzheimer’s disease, but we have developed medication that improves the symptoms. It was discovered that Alzheimer’s patients have decreased activity of acetylcholine receptors which plays some role in the disease, and has been the basis of medical treatment with cholinomimetic drugs. While they don’t reverse symptoms entirely they have proved to be effective to some degree in reducing the rate of deterioration (7). These medications are classified into a group called Acetylcholinesterase inhibitors, which reduce the rate at which acetylcholine is broken down in the neural synapses thus increasing their concentration in the brain (15).


Having Alzheimer’s not only affects the person with the disease, but also their loved ones. Witnessing a mother, father, or friend you’ve known all your life slowly be erased into nothing but a shell of their former selves is truly a heart breaking experience. But there is still hope to finding a cure. As you read this, scientists across the globe are committed to finding a better understanding of Alzheimer’s disease, promising new medications are in the late stages of being approved, and health care professionals in your community are ready to give their support and compassion to the families and patients alike.