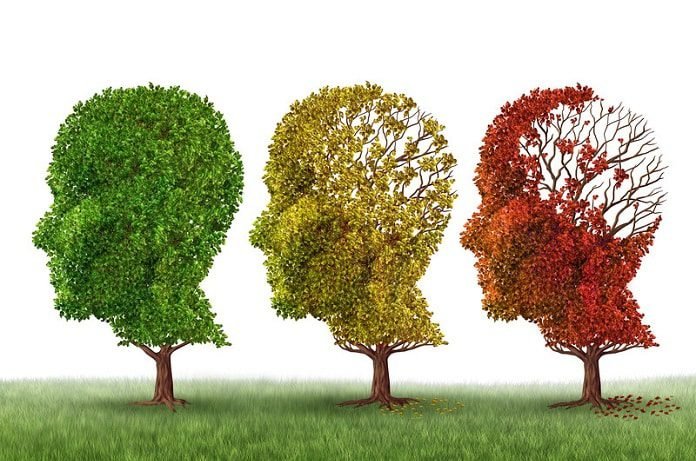 A new study published in Neuropsychologia investigates the brain areas responsible for memory loss seen in neurodegenerative diseases like Alzheimer’s and dementia.

It has been well established in dementia patients that autobiographical memory (ABM) retrieval, the ability to remember information about yourself and personal experiences during the course of your lifetime, is compromised due to degeneration and resultant changes of the core brain network. The ability to retrieve ABM or personal memories relies heavily on the coordinated activity of the core brain network. However, it remains unclear how the spread of brain atrophy (wasting away of the organ) with the advance of disease severity impacts the retrieval of ABM in dementia syndromes over the course of time. A recent study by Piguet et. al. published in Neuropsychologia offers new insights regarding the potential time-specific role of specific regions of brain atrophy into ABM retrieval and how the evolution of Alzheimer’s and dementia in patients leads to personal memory loss.

In this study 47 participants were asked to provide a detailed description of a personal event that occurred at a specific time and place for each life period; including teenage years (11-17 years), early adulthood (18-34 years), middle adulthood (35-55 years) and recent period (within the last year).The participants underwent initial testing and brain imaging and re-assessed approximately one year later to study the progression of ABM loss in patients with either Alzheimer’s Disease (AD) (11 participants) or frontotemporal dementia (FTD) (13 participants) compared to 23 healthy controls.

The study also investigated the ABM decline in dementia by observing whole-brain images to track the physical spread of the degeneration of the core brain network and the potential impact this had on the retrieval of recent and remote memories.

The results showed AD patients had comparable ABM retrieval profiles across the assessment period, however, their performance in the follow-up testing correlated strongly with the integrity of their temporal lobe and the amount of thinning of brain regions at the front part of the frontal lobe. They displayed significant global impairments compared to control subjects, irrespective of the time period. Conversely, in the FTD patients, significant remote ABM impairment was observed but no significant decline in recent memory was evident. Also, in FTD patients recent and remote ABMs were disproportionately disrupted, attributable to the thinning of right posterior brain regions. It was suggested that the typically more rapid disease progression in FTD patients compared to AD may have contributed to the level of ABM impairment.

This study provides evidence on how changes in distinct regions of the brain over time are associated with the loss of personal memories and the progressive decline in brain function associated with neurodegenerative diseases such as Alzheimer’s and dementia. Future studies may benefit from participants initially being asked to recall multiple personal events so researchers can randomly assign events to specific test sessions. This approach may mitigate the trade-off between comparing different events over time and follow-up performance, which could be altered due to event repetition or rehearsal. This would provide a clearer picture of which memories become increasingly vulnerable over time.