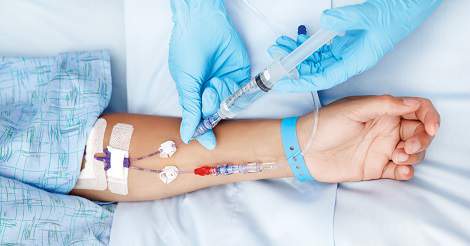 A recent study from the Netherlands has suggested an alternative therapy for individuals with a recent diagnosis of rheumatoid arthritis that is as safe as current methods, and solves the issue of drug intolerance.

A study recently published in The Lancet has examined the use of a drug called tocilizumab as an effective and safe method for attaining remission for patients newly diagnosed with rheumatoid arthritis (RA).  Current guidelines recommend patients use disease-modifying antirheumatic drugs (DMARDs) to slow the progression of the disease. The main DMARD recommended is methotrexate, which can be used on its own or in concert with other DMARDs. Currently, one third of patients with rheumatoid arthritis are using only one DMARD due to methotrexate intolerance. The purpose of this study was to determine the efficacy and safety of tocilizumab as an alternative for those intolerant to methotrexate.

The results of this study seem promising for RA patients with drug intolerance to methotrexate. The researchers do note that the participants of this study were predominantly white and of Dutch origin, which means the results may not be completely generalizable. They also note that starting treatments for all patients with tocilizumab may be a little premature, and its long-term results and cost-effectiveness will need to be considered.