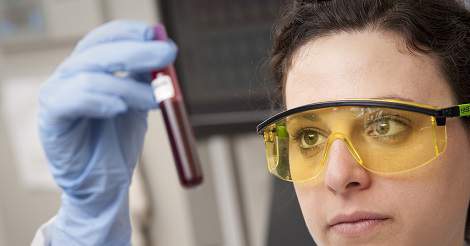 A new article reviewed alternatives for Hepatitis C Virus screening and found that other tests may be as sensitive as the current complex and more expensive NAT test.

Chronic Hepatitis C Virus (HCV) infection affects around 130-150 million people, and less than 1% are unaware of their infection. The currently-used screening method is complex, consisting of two tests: the first one detects antibodies to HCV and the second one is a nucleic acid testing (NAT). However, most people who test positive for the antibody screening are not confirmed by NAT, and are lost to follow-up. Testing for hepatitis C virus core antigen (HCVcAg) may be a possible, cheaper and one-step alternative of the current testing method.

A new article published in Annals of Internal Medicine reviewed 44 studies that investigated different HCVcAg detection techniques. They compared these test results to the ones of NAT testing and determined sensitivity and specificity accordingly. 33 studies assessed the Abbott ARCHITECT (a test currently used for HCVcAg) and the authors found that among the 23 studies where enough data was available, the pooled sensitivity of this procedure was 93.4%, while the specificity was 98.8%. The pooled sensitivity for the 33 studies was 94.3%. The sensitivity and specificity was higher in cases of those studies where the tested samples were known anti-HCV-positives (the sample is positive for HCV). In these studies, genotype 1b was the most prevalent.

6 studies used another diagnostic method, Ortho ELISA, and the specificity and sensitivity were 93.2% and 99.2% in these cases. Furthermore, data suggested a good accuracy of this test for identifying active HCV infection.

2 studies assessed the Eiken Lumispot method, and in these cases the reported specificity and sensitivity were 98.1% and 97.5%. In one study, researchers tested HCV with Fujirebio Lumipulse and found the sensitivity to be 95%. Four studies used the Hunan Jynda ELISA and both sensitivity and specificity was lower than with the other tests (59.5% and 82.9%).

It seems that it is possible to reach similar accuracy with HCVcAg testing as with NET, but HCVcAg measuring methods are cheaper, therefore may be used as a one-step screening test in the diagnosis of HCV. Further investigations are needed to identify the most effective method and to develop a sample transport mechanism that would allow easier centralized testing.