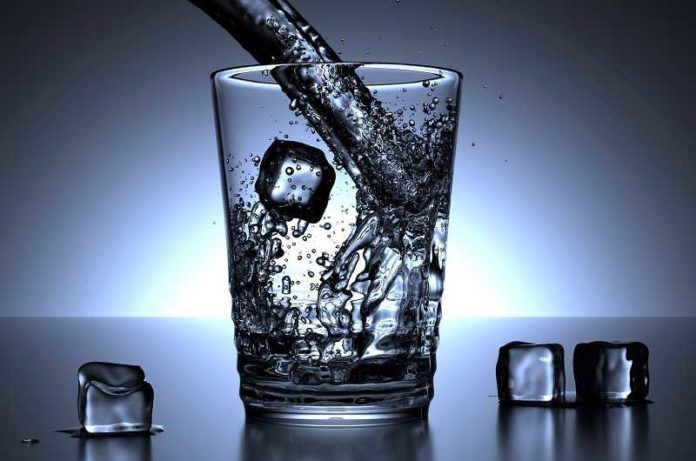 Recent research finds alkaline water has a favorable effect on blood viscosity and hydration after exercise. Blood viscosity was reduced by a higher extent following consumption of high-pH water than by normal purified water.

Dehydration has been shown to decrease physical performance and can lead to cardiovascular strain, heat strain, and altered neurologic and metabolic function. Dehydration to the extent in which body mass is reduced by 2% or more is associated with decreasing performance. The loss of water creates thick and viscous blood, which requires more work for the cardiovascular system to circulate.

High-pH alkaline water has been hypothesized to be better than neutral-pH regular water for rehydration. A multi-institute research project including Thomas Jefferson University, Southeast Colorado Hospital, Rheovector, Jacqmar, and the A. J. Drexel Plasma Institute have conducted a study to address whether any significant differences could be found between the two. In order to differentiate whether alkaline water has a discernible effect compared to normal purified water, key biomarkers were evaluated and compared between two test trial groups, which were dehydrated until 2% body weight was lost and then drank either alkaline or normal water to rehydrate.

The researchers selected differences in blood viscosity as a new biomarker “gold-standard” to compare the two groups. They also collected data on other biomarkers including plasma osmolality, bioimpedance, and body mass over 2 hours of recovery. It was found that high-pH water reduced viscosity by 6.30% compared to 3.36% using standard purified water. All other biomarkers showed no difference between the two groups.