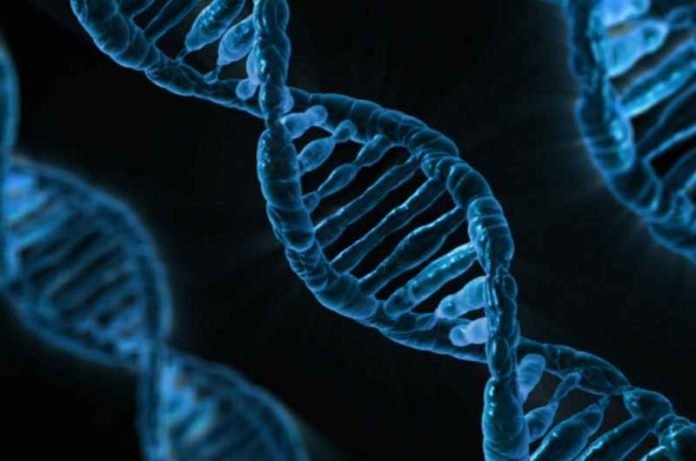 A major contributing factor to the development of atherosclerosis – a cardiovascular condition in which arteries harden and narrow due to a buildup of plaques within them – is the accumulation of fatty substances, such as low-density lipoprotein (LDL) (“bad cholesterol”), beneath the layer of cells which line the artery, known as the endothelium. How fatty substances such as LDL cross the endothelium, however, is not fully understood.At low levels, LDL attaches to a receptor on the endothelial surfaces which facilitates its entry into the cell and subsequent breakdown. This mechanism is self-limiting, degrading and producing fewer LDL receptors when LDL levels are high. There is evidence to suggest that more than half of the LDL that enters endothelial cells is not broken down but rather passes through the cell by an as yet unknown mechanism. Identifying the components of this alternate mechanism would lead to a better understanding of how LDL accumulates under the endothelial layer and may provide novel targets for the treatment and prevention of atherosclerosis.

In a 2016 study published in Nature Communications, researchers sought to uncover genes associated with this alternate method of LDL transport across endothelial cells. Over 18,000 genes were investigated. Endothelial cells were cultured and exposed to specific siRNAs – DNA-like molecules which prevent the production of the proteins for which genes serve as a blueprint. These cells were then cultured overnight in growth media high in LDL to limit the effect of the LDL receptor pathway. Cells were then exposed to LDL tagged with iodine-125 to be examined for LDL internalization under a confocal microscope.The inhibition of 55 genes was found to reduce LDL internalization by 50% or more. Similar tests were conducted to specify the genes associated with LDL internalization as opposed to the general internalization of substances, and the potential impact of any residual LDL receptor pathway activity. The candidate genes were further narrowed down based on their relevance regarding LDL and endothelial cells. Overall, 3 genes – ALK1, ANGPT4, and GPR182 – met all criteria. As ALK1 is the most researched of the 3, the researchers investigated its role in LDL internalization further.

To better determine the mechanism of action of ALK1 in LDL transport, the effect of its inhibition on cellular mechanisms associated with ALK1 was examined. To test the ALK1 protein’s specificity for LDL, as opposed to cholesterol and fats in general, the amount internalization of iodine-tagged LDL, HDL (“good cholesterol”), and VLDL (a mixture of bad cholesterol and fat) with ALK1 inhibition was examined. HDL internalization went unaffected, suggesting ALK1 interacts with proteins specific to LDL and VLDL transport such as apoB100.To test whether ALK1 works in concert with genes responsive to cholesterol, inhibition of ALK1 was compared against inhibition of DNM2, a gene which blocks the action of cholesterol-responsive genes, in cells exposed to high levels of LDL. DNM2 inhibition had no effect on ALK1, but as expected resulted in the increased activity of cholesterol-responsive gene products. Moreover, DNM2 inhibition, but not ALK1 inhibition, prevented LDL-related inhibition of the LDL receptor. siRNA-mediated inhibition of ALK1, but not the LDL receptor, reduced LDL internalization; LDL receptor inhibition, but not ALK1 inhibition, reduced the breakdown of LDL within the cells. To determine if the ALK1 protein promotes LDL internalization through phosphorylation – affecting the activity of a cellular pathway by adding a phosphate molecule to certain components – cells with normal, inactive, or overactive forms of ALK1 were exposed to high levels of LDL. Levels of phosphorylation for Smad1/5, an ALK1-associated cellular pathway, and LDL internalization were the same for all ALK1 forms, suggesting ALK1 promotes the internalization of LDL independently of its phosphorylation activity.ALK1 was found to attach to LDL and to accompany it inside endothelial cells. LDL internalization experiments were again conducted in mice, verifying the results in a real-life setting.

Overall, the results of this study suggest the ALK1 gene contributes to atherosclerosis development by facilitating the passage of LDL through endothelial cells, resulting in their accumulation beneath the endothelial layer. Further research will be required to verify whether ALK1 interacts with LDL through apoB100 and to identify any other components of this ALK1-LDL transport mechanism. Future therapeutic strategies which take advantage of this mechanism, preventing the association between ALK1 and LDL, may prove useful in limiting the accumulation of fatty substances such as cholesterol beneath the endothelial layer, serving as effective forms of treatment or prevention of atherosclerosis.