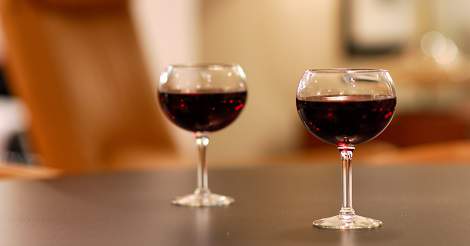 A recent study published in the Journal of Health Psychology has demonstrated that employing health messages in the form of pictures that cause disgust can positively influence future drinking intentions and emotions, perhaps reducing excessive alcohol drinking.

It is estimated that over 10 million adults in England consume significantly more alcohol than the national recommended daily limits. Past research has shown that overconsumption of alcohol can induce adverse health effects and aggressive or violent behaviour. In order to combat the issue of risky single-occasional alcohol drinking, governmental bodies have attempted to boost more responsible drinking. Furthermore, health communication practitioners address the issue of risky drinking via the provision of safe drinking information (such as the daily limits of alcohol consumption) in communications which frame health-related messages in unique ways.

In a new study, loss and gain frames for health messages are discussed; the primary goal of these messages is to facilitate the adoption of healthier behaviours, develop healthier attitudes, and intentions to follow recommendations. Traditionally, fear framing has been used in health messages such as smoking, with the goal of frightening individuals into implementing healthier behaviours. However, prior research has proposed that when faced with threat, individuals either attempt to avoid the fear-inducing factor, or reduce the level of fear they feel by interpreting the hazard (or fear-inducing factor) as less dangerous. The researchers hypothesized that different types of message framing (presented to participants in the form of photos) will have differential effects on positive and negative emotions, as well as intentions related to drinking alcohol.

The results supported the hypothesis, as the message framing types exerted a differential effect onto the drinking-related positive and negative emotions, as well as intentions of reducing alcohol consumption. Ultimately, the health disgust-loss message frame (an image of a person with pus-filled facial sores) was the most effective at eliciting intentions to consume alcohol in moderation or reduce drinking in general. The social fear loss frame (depicting two women fighting at a bar) was the next most effective message frame.

Research suggests that the effectiveness of the health disgust-loss message frame might be due in part to the prevalent stigma that lies in visible facial deformity.