Home Medicine Dermatology Does Alcohol Intake Lead to an Increased Rate of Rosacea? 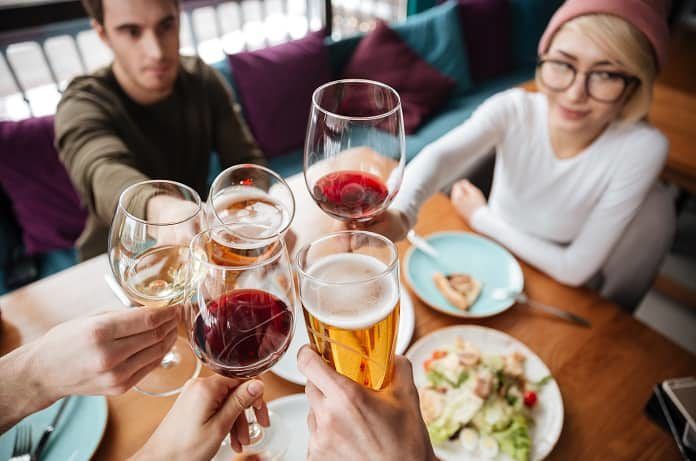 Rosacea is a chronic skin condition with an unknown cause; however, anecdotally, many environmental factors can influence rosacea development including the consumption of alcohol. A new study shows that alcohol intake, particularly of white wine and liquor, was associated with an increased risk of developing rosacea.

Rosacea is a chronic skin condition that affects up to 16 million people in the United States alone. This condition is characterized by redness, swelling, superficial dilated blood vessels, and pimples on the face. While the exact cause of rosacea is unknown, defects in immune response and dysregulation of the vascular and nervous systems have been implicated in the disorder. A number of environmental factors may worsen the condition temporarily, including weather, sunlight, spicy food, menopause, psychological stress or alcohol intake. Although there is no cure for rosacea, treatment with topical and oral antibiotics generally improves symptoms.

Alcohol is widely known to temporarily impair certain regions of the brain, including the vasomotor center of the brain, a portion of the medulla oblongata that regulates blood pressure. Alcohol consumption also has negative effects on the immune system. Alcohol, through vasodilation and pro-inflammatory effects, often causes a hallmark redness and flushing of the face when consumed. It has been hypothesized that this may exacerbate symptoms of rosacea.

A new study published in the Journal of the American Academy of Dermatology investigated the relationship between alcohol consumption of rosacea in a cohort of 82,000 women who took part in the Nurses Health Study II. Participants completed self-administered questionnaires including information on alcohol intake and rosacea occurrence.

Following fourteen years of follow-up analysis, this study showed that increased alcohol intake was associated with a significantly higher risk of rosacea when compared to individuals who never consumed alcohol. Of the individual types of alcohol beverages, the consumption of white wine or liquor showed an even higher association with rosacea risk. Interestingly, white wine and liquor are the only two types of alcoholic beverages that lack anti-inflammatory components such as flavonoids which are present in red wine.

Importantly, this study adds to the growing body of evidence in implicating alcohol consumption as a factor in the development of rosacea. Future studies should aim to assess etiologic mechanisms and the underlying basis for this association.