Home Medicine Cardiology Can your alcohol consumption put you at risk for a heart attack? 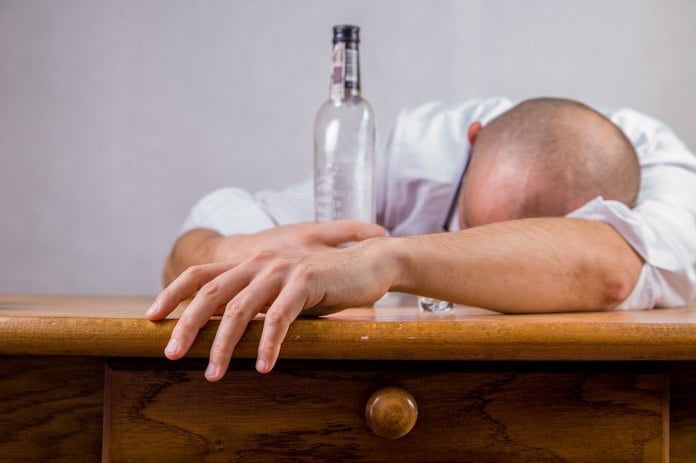 A recent study in PLOS Medicine explored the controversial issue of the relationship between alcohol and the incidence rate of heart attacks.

It is estimated by the World Health Organization (WHO) that every year, 6 million people suffer from a myocardial infarction, simply known as a heart attack. With 25% of these cases resulting in death, the medical community worldwide has committed to identifying the risk factors for the condition.

Many of us have seen dramatizations of heart attacks on television, with the actor clutching their chest and collapsing to the ground. Symptoms of chest pain and dizziness are caused by the blockage of blood flow to the heart, leading to tissue death. Some of the less advertised symptoms of a heart attack include anxiety, nausea, and vomiting.

The relationship between alcohol consumption and heart attack risk has been a controversial issue, as a great deal of competing evidence has been gathered by different researchers around the world. There is currently strong epidemiological evidence supporting the beneficial effects of consuming a low amount of alcohol on a regular basis. However, this poses the question: Can alcohol also increase one’s risk for a heart attack? And if so, how much?

Mortality rates due to heart attacks have increased in Serbia

The factors contributing to heart attack risk is of specific interest to Serbians as the overall heart attack mortality rate has been steadily increasing in Eastern Europe, where Serbia is located, whereas the rates have been decreasing across North America and both Western and Northern Europe.

In 2010, researchers in Kragujevac, Serbia sought to set the record straight and determine if consuming alcohol increased or decreased one’s risk for an acute heart attack. They recently published their results in PLOS Medicine.

Their study was a hospital-based case control study, comparing patients who suffered from a heart attack and those who were admitted to the hospital for a condition unrelated to their heart health. In Serbia, healthcare is universal with three levels of care: primary, secondary and tertiary. This system is similar to that of Canada and the United Kingdom.

These two groups of patients underwent one to two-hour in-hospital interviews conducted by physicians. They assessed the participants’ alcohol consumption and drinking behaviors in order to determine if there was a significant difference in drinking habits among people who suffered from heart attacks and those who did not.

To maximize the accuracy of the results of the study, participants in the control and case groups were matched based on similar characteristics including occupation, employment, education level, marital status as well as other socioeconomic factors that influence heart attack risk. Controls and cases with similar medical histories and age demographics were compared.

Researchers were interested to see if binge drinking had any impact on heart attack risk, so their first task was to define how much alcohol consumption is considered a binge-drinking episode. In Serbia, the standard alcoholic beverage has 13 grams of pure alcohol. Researchers defined a binge drinking episode as five or more standard drinks a day for men and four or more standard drinks a day for women.

When comparing the incidence of binge drinking episodes between cases and controls, what researchers unveiled was quite interesting; the habit of having at least one major binge-drinking episode at least once a month in the year before their hospital stay was significantly higher in cases than controls, with 25.1% of those diagnosed with a heart attack having regular binge drinking episodes compared to the 12.8% of controls. In other words, twice as many patients who were admitted for a heart attack binge drank compared to the patients who were in the hospital for an issue unrelated to their heart health.

Researchers found that the demographic in Serbia that participated in the most binge drinking episodes were older males who resided in the countryside. The results of this study have the capacity to reduce the risk of this demographic of Eastern Europeans and ideally, influence any individual who consumes alcohol and reads this article.

While consuming alcohol in great quantities can be detrimental to heart health, healthy drinking behaviors may decrease one’s risk for such conditions. A traditional saying that supports this evidence is that “everything is good in moderation.”