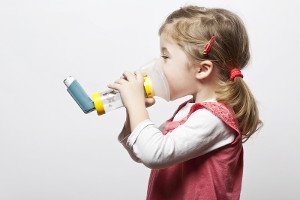 The risk of developing childhood and adolescent asthma is associated with exposure to air pollution early in life, according to a new study.

A recent paper published in Lancet Respiratory Medicine has reported that the onset of childhood and adolescent asthma is associated with early life exposure to increased levels of nitrogen dioxide (NO2) and particulate matter, substances found in the air that contribute to air pollution. The study followed more than 14 000 children in Germany, Sweden, and the Netherlands from birth up to 14 to 16 years of age to determine the association between the number of participants who developed asthma during the study and the level of residential air pollution at the child’s birth address and current address at the time of follow-up. The researchers measured the annual average amount of nitrogen dioxide and particulate matter from air monitoring studies done at the participant’s home address.

A third of the children from Sweden and the Netherlands and 10-15% of children from Germany developed asthma during the course of the study. The study found that higher concentrations of nitrogen dioxide and particulate matter at the participant’s birth address were associated with an increased risk of asthma in children, particularly after 4 years of age. More than half of the participants moved to a different residential address during the follow up studies. However, subsequent exposure to air pollution at the new or current address was not correlated with the risk of developing asthma. The study concluded that early exposure to air pollutants, specifically at a child’s birth address, is an important risk factor in the development of asthma. Improving air quality through better air pollution control strategies would help reduce the risk of developing childhood and adolescent asthma.