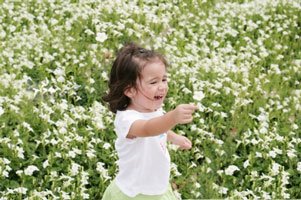 A study published in the New England Journal of Medicine has assessed whether the reduction in air pollution seen over the past several decades has translated into positive effects on the developing lungs of children.

Previous studies have seen correlations between air pollution and reduced lung function in children. This has been shown to be associated with a higher risk of developing asthma, in addition to prolonged effects seen into adulthood. In 1970 the Clean Air Act was established in the US to improve air quality standards, and increase safety and public health. Major initiatives to reduce air pollution in southern California have resulted in a downward trend in air pollution levels across the past several decades. A study reported this month in the New England Journal of Medicine aimed to determine if this downward trend has resulted in a positive effect in lung-function development in children.

Participants for the study were taken from the Children’s Health Study, with a 20 year period of lung-function measurements of children between the ages of 11 and 15 years. The study evaluated whether changes in air pollution levels, specifically, nitrogen dioxide, ozone, and particulate matter found in the air, are associated with lung-function development in these children.

Three different groups of children were assessed in the study:

Each group underwent pulmonary-function testing, which included a total of 2120 children across the three groups.

The study reported an overall association between a reduction in air pollution in southern California and improvements in lung-function development in children. The greatest association was seen with the reduction in particulate pollution and nitrogen dioxide. The results did not vary between gender, ethnicity, or in children with or without asthma.

The researchers found improvements in lung-function development in children between the ages of 11 and 15 years, with a strong association between reduced air pollution and a decrease in the number of children with clinically reduced lung function (low FEV1 and FVC) at 15 years old. The authors suggest that this is because it is during these ages that rapid lung development is occurring. They suggest that the children will continue to have improved lung function during adulthood, and this may in turn reduce the risk of respiratory conditions, even later on in life.

The authors conclude that there was an association between improved air quality and a statistically and clinically significant improvement in childhood lung-function growth in southern California. They found that the pollutants nitrogen dioxide, PM2.5, and PM10, which are produced by fuel combustion, were associated with lung-function growth. In addition, these are the pollutants that were more significantly reduced following initiatives to reduce air pollution. The authors state that the efforts to reduce air pollution have resulted in meaningful effects on lung-function development in children, which has important implications over the course of a lifetime.