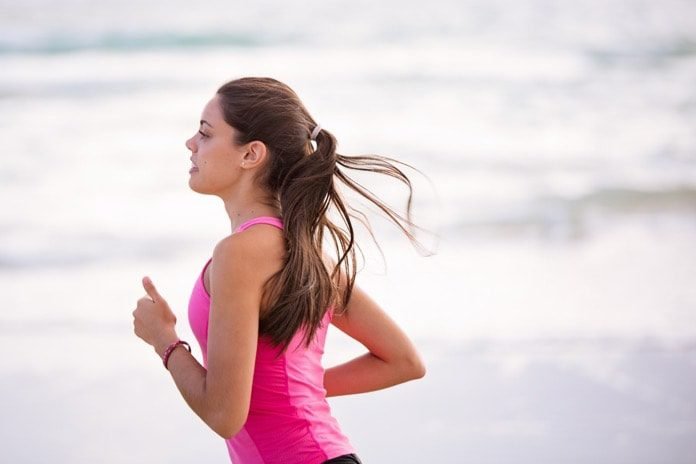 Premenstrual syndrome (PMS) is a condition associated with women undergoing the menstrual cycle. Women with premenstrual syndrome often exhibit psychological and physical symptoms before menstruation and in the days following menstruation. Some of these symptoms include elevated heart rate, muscle and joint pain, back pain, abdominal cramps, acne, bloating, increase in weight, different appetite, and low energy levels.

Statistics have revealed that symptoms vary across external factors such as ethnicity, age, dietary habits, the presence of other conditions, and exercise levels. The frequency of premenstrual syndrome and its impact on a large portion of the population warrants a solution to its symptoms. As a result, an Iranian study published in BMC Women’s Health assesses the effect of exercise on premenstrual syndrome.

The study was narrowed down to university students. A total of 65 females enrolled at Mashhad University, Iran took part in the randomized clinical trial. All participants were undergoing regular menstrual cycles and experienced symptoms of premenstrual syndrome and obtained a score of less than 40 on the Beck Depression questionnaire.

The researchers divided the students into intervention and control groups. Individuals in the intervention group were assigned an aerobic exercise routine consisting of three 20-minute sessions per week for an eight-week period. Data collection was followed by statistical analyses using the Friedman and Mann-Whitney U tests.

The results indicated that before the experiment, both the control and intervention groups showcased similar statistics with respect to PMS symptoms. After the eight-week aerobic exercise period, there was a significant decrease in the prevalence of nausea, diarrhea, constipation, headaches, and swelling. There was also a reduction in the mean occurrence of bloating, vomiting, increased appetites, and hot flashes. The study determined that persistent aerobic exercise causes a discernable decrease in the symptoms exhibited by premenstrual syndrome.

The study successfully identified aerobic exercise as a potential solution to the medical concern of premenstrual syndrome. Due to the high impact of this condition on a significant portion of the population and its monthly frequency, it is essential to determine an easily accessible, low cost, and low-risk treatment for premenstrual syndrome. Exercise serves as a low-risk resolution that not only reduces premenstrual syndrome symptoms to improve productivity but also improves the overall health of women as well.