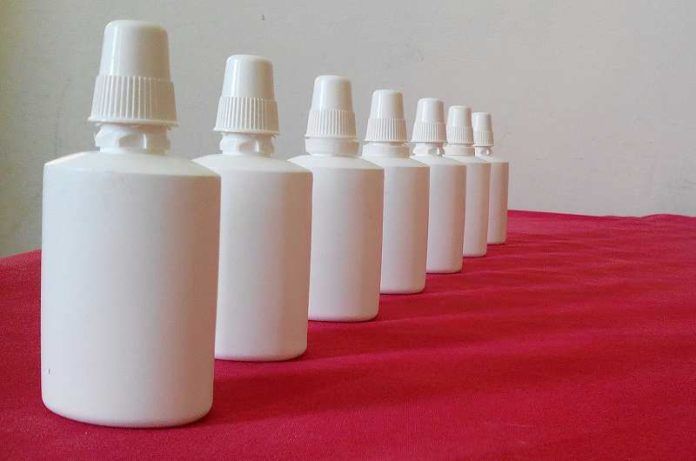 Intranasal medication administration has advantages over intravenous and intramuscular administration of centrally-acting drugs.  Such benefits are seen in safety of delivery and ease of administration in both emergency room and community settings.

Who likes to get shots?  Needles can be anxiety provoking in children and adults alike.  Medication given via a needle must travel through the blood stream before reaching the central nervous system, however, certain medicines delivered within the nasal cavity through an atomized spray can bypass the circulatory system and head directly to the brain.  A recent literature review by Rech and colleagues in the Annals of Emergency Medicine looked at studies surrounding the intranasal use of five different drugs: midazolam, naloxone, fentanyl, ketamine and dexmedetomidine.

The medication midazolam is used for sedation and as well as for managing active seizures.  Used intranasally, midazolam has proven effective for sedation during pediatric medical procedures, however, its maximal dosage of 10 mg limits its use for larger children weighing over 50 kg.  A common side effect of this route of administration is nasal irritation.  Intranasal Midazolam also shows benefits as a needle alternative for those actively suffering seizures, as it is much easier to administer a nasal spray than inject a moving target, or rectally administer diazepam.  In studies comparing intranasal midazolam to rectal diazepam, it was found that patients administered midazolam nasally demonstrated decreased administration time, shorter seizure lengths, diminished respiratory distress and decreased reoccurrence.  Currently, a more potent form of intranasal midazolam is being developed for seizure use.

As opioid overdose related deaths are on the rise, nasally administered rescue medications may offer advantages over injectable treatments.  It is often difficult to find a healthy vein to inject due to intravenous drug use.  People responding to an overdose may also harbor fear of exposure to bloodborne pathogens from needlesticks.  Intranasal naloxone offers a quick and easy way to administer life-saving medication, with an efficacy that is close to that of the intramuscular route.  Despite some research showing that it takes slightly longer to take effect, it can still be considered a good option for treating overdose situations.

Fentanyl is an opioid drug often used for pain in pediatric populations as well and in dental procedures, cancer and burn-related pain syndromes.  Studies have shown it to have comparable effectiveness when delivered nasally or intramuscularly, however, some side effects associated with nasal delivery include dizziness, upset stomach and decreased respiratory rate.  Intranasal fentanyl demonstrates analogous pain management in children as compared to intravenous morphine, with a quicker administration time.   One drawback is that children weighing over 50 kg will either experience decreased pain management, or require additional doses.  For a child fearful of needles, or a patient with chronic pain, the intranasal route still offers a good alternative.

Two other medications reviewed were ketamine and dexmedetomidine, however, the studies were less conclusive about their benefits.  As compared to fentanyl for pain management, ketamine has similar pain relieving abilities but greater adverse side effects, and increased time to take effect.  At this time, there is only limited research on the intranasal use of dexmedetomidine.  Although it has a quick absorption rate and has shown to be an effective sedative, it’s use has resulted in a few serious medical episodes.

Intranasal medication delivery offers promise for quicker more comfortable responses to pain, and seizure management, as well as for sedation and opioid overdose. This is good news not only for needle fearing children, but also for emergency responders and patients.