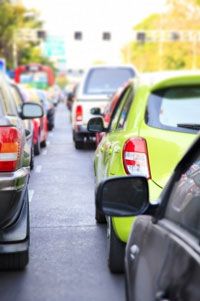 Increasing daily physical activity has overall health benefits, but what if your commute could improve your health? A recent study reports on how active commuting is associated with lower body fat and BMI.

It is well known that daily exercise is a key component in a healthy lifestyle. However, lifestyles in western countries are becoming increasingly sedentary, and the lack of physical activity is contributing to the rising rates of obesity and increasing the risk of premature mortality. A recent study suggests that active commuting to work may be enough to provide the daily physical activity necessary for a healthier lifestyle.

The study points out that active commuting does not only refer to walking or cycling the entire journey to work. Taking public transport also constitutes a somewhat active form of commuting, since it usually requires walking between stops or stations, work, and home. The study set out to address the potential health benefits of different modes of commuting to work, measuring the objective markers of obesity: body fat and BMI.

The study population was broken down into three transport categories:

Of the study population, 76% of men and 72% of women used private transport modes, 10% of men and 11% of women used public transport, while 14% of men and 17% of women used active forms of transport to work. The results of the study revealed that both public and active modes of transport were predictive of lower BMI for both men and women when comparing to those using private transport. In addition, both public and active transport methods were significantly associated with a lower percentage of body fat for both men and women. The results seen were not different when other confounding factors were taken into consideration (for example: age, illness/disability, household income, level of physical activity in the workplace, sporting activity, or diet).

A somewhat surprising finding of this study was that the effects on BMI and percentage body fat that were associated with active transport (ie walking or cycling) were similar to those seen for public modes of transport, even though these forms of transport require shorter periods of physical activity. The authors suggest that promoting public transport would not only appeal to commuters more than the thought of actively walking or cycling the entire way to work, but could still impose significant health benefits.