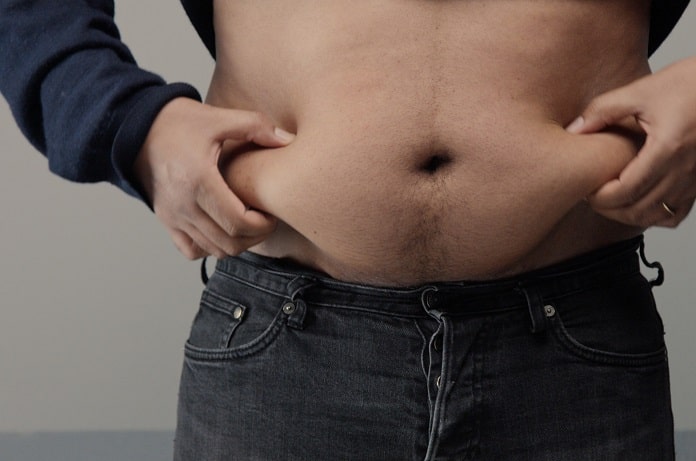 Researchers have linked excessive weight around the waist to cognitive decline.

Increased health risks due to excess weight are a growing concern. In 2018, 7.3 million Canadian adults over the age of eighteen were obese, and another 9.9 million were overweight. Although many overweight individuals are healthy, some people develop serious cognitive conditions. There have been several studies that report increased rates of age-related cognitive decline in obese people, and wasting of the brain regions involved in memory, however, they have not found the mechanism that links obesity and cognitive impairment. With this in mind, researchers set out to find out how abdominal fat affects the brain.

For the first time, researchers from the Medical College of Georgia have found a link between visceral fat (fat stored within the abdominal cavity) and its effect on cognition. They identified a specific signal generated in visceral fat that releases into the blood, passes through the blood-brain barrier and goes on to impair cognition.

Visceral fat generates high levels of a protein called interleukin-1 beta, which over activates microglia (protective immune cells in the brain). Visceral fat prompts the formation of inflammasome complexes, including the NLRP3 gene. This promotes the production of interleukin-1 beta causing inflammation in the brain and the inflammation results in cognitive problems.

Published in the Journal of Clinical Investigation, the results provide evidence as to how abdominal fat affects the brain. During the study, researchers removed the NLRP3 gene from mice, which resulted in the mice developing protection from obesity-induced inflammation of the brain. When transplanting visceral fat from both obese mice and obese mice without the NLRP3 gene, to lean mice, the transplant from the gene-modified mice had no effects. However, the transplant from the genetically intact, obese mice increased levels of interleukin-1 beta in the brain, impairing cognition.

To measure cognitive ability in the mice, their ability to navigate a water maze was monitored after twelve weeks on either a low or high-fat diet. The mice who consumed a high-fat diet, or received a visceral fat transplant (with the NLRP3 gene in-tact), took longer to navigate the maze and could not reach a platform below the water surface that they had been taught to find. The mice on a high-fat diet also had weaker connections between the neurons involved in learning and memory.

This study adds to a growing body of work, demonstrating that the NLRP3 inflammasome activation in visceral fat impairs cognition in obesity. Lifestyle interventions such as diet and exercise have positive effects on the problem. However, it is not always easy for individuals to achieve lifestyle changes. Evidence is growing to show that bariatric surgery can have a positive effect on changing memory and cognition. However, this is to be noted with precaution as surgical interventions will generate more risk than reward in people with mild to moderate obesity.