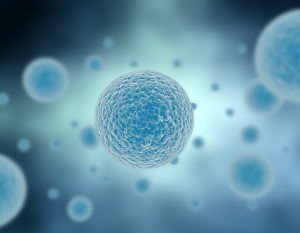 Scientists have engineered cells that could be controlled remotely to eliminate cancer cells.

In a study published in Science, a team of scientists have engineered immune cells that could recognize and kill cancer cells only in the presence of an “ON switch” that controls the timing and location of treatment.

The immune system has cells that recognize harmful substances and eliminate them from the body. In this study, the researchers designed immune cells that could recognize a specific protein found only on cancer cells. Although the engineered cells can physically attach to cancer cells, they remain inactive because of a missing key component that links cancer cell recognition and activation of cell killing. By using a small molecule or synthetic drug to act as an “ON” switch, the scientists were able to activate the immune cells.

In experiments using mice, the researchers found that by varying the concentration and timing of drug administration they could control the activity of the engineered cells, resulting in the elimination of cancer cells but not healthy cells or tissues.

Although this technique has yet to be tested on cancer patients, it is a promising new treatment method. Future work will involve fine-tuning the control of the engineered cancer-fighting cells and identification of non-toxic molecular switches to improve the safety and efficacy of this method.