Home Clinical Trials Pre-Clinical Research A Better, More Effective Flu Vaccine Is All About the Adjuvant 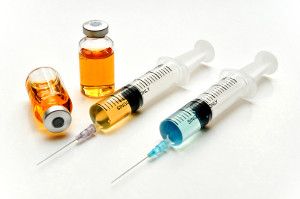 Australian researchers have developed an adjuvant that when added to a flu vaccine, improves the immunity of mice over a vaccine that does not contain the adjuvant

It’s flu season again. For many people, it means a trip to their doctor or local pharmacy for their seasonal flu shot. These vaccines target influenza strains that are predicted to be the most prevalent for the upcoming season, but despite their wide availability, 250,000 to 500,000 people globally die from influenza each year. This is partially due to the ability of viruses to mutate into other variants, decreasing the effectiveness of seasonal vaccines over time, and creating a never-ending task for researchers to reformulate them.

A group of scientists have reported in the journal mBio that they have developed an adjuvant, or vaccine additive, that helps increase the body’s immune response, which more effectively activates a receptor on immune cells to trigger the production of antibodies better than current adjuvants. They added their adjuvant to the Influenza A vaccine and administered the vaccine to mice. Three days later, the mice were infected with the strain used in the vaccine, and examined for the amount of flu virus in their lungs after 24 hours.

The researchers discovered that mice treated with the adjuvanted-vaccine had reduced levels of flu in their lungs, suggesting that they were better protected from the flu. A similar result was observed when the adjuvant was added to a strain not present in the vaccine, and vaccinated mice that were infected with a lethal dose of the strain also survived. Furthermore, mice that were treated with the adjuvanted-vaccine and infected 35 days later with an unrelated strain not used for the vaccine demonstrated lower levels of the flu virus over control mice. This result suggests that this adjuvant has the ability to provide cross-protection from other strains.

The adjuvant’s ability to reduce the amount of flu in treated mice and additional protective effect to non-matching strains show that it has great promise for vaccine development for humans, especially during a global pandemic.