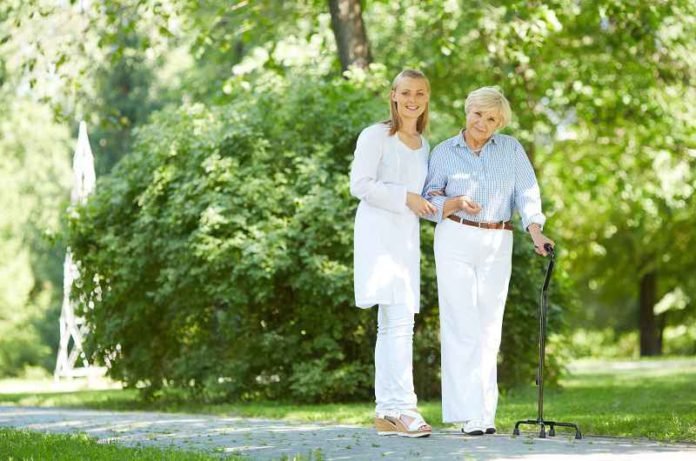 Research confirms that the benchmark of taking 900 steps per day while hospitalized can help prevent functional decline in older patients.

When older patients require hospitalization for medical treatment, it is not uncommon for a decline in functional abilities to occur as a side-effect of inactivity during their hospital stay. While this is widely recognized, medical protocols have historically placed little emphasis on encouraging higher patient activity levels.

Recently, some research has proposed a target activity level of 900 steps per day as a measure for maintaining overall health among elderly, community-dwelling seniors and older hospitalized adults. However, the research did not test these normative standards specifically in relation to functional outcomes.

A new study recently published in JAMA Internal Medicine has sought to fill that gap in the data, and suggests that the 900-step threshold is, in fact, an effective target for preventing loss of functionality in older patients.

The study involved 177 patients aged 65 or older who were hospitalized at an academic medical center in northern Israel between October 1, 2015, and December 31, 2015. Patients were cognitively healthy and able to move about either with or without assistive devices prior to hospitalization. Functional abilities were evaluated both before and after hospitalization. During their hospital stay, they wore an accelerometer on their ankle for up to 3 days, allowing researchers to calculate mean total steps taken per day.

Results showed a wide diversity in the number of steps walked by different patients – ranging from 0 to 8111 per day. Overall, roughly 41.8% of participants walked less than 900 steps per day, and 58.2% walked more.

The results also showed a significant correlation between activity levels and functional health outcomes.  Among patients who walked fewer than 900 steps a day, 55.4% of them reported a decline in functional health at discharge; however, among those walking more than 900 steps, only 18.4% reported a decline in functional abilities. These results appeared to hold true even after adjusting for potential confounding factors such as age, prior health conditions, severity of symptoms, length of hospital stay and depression.

Authors of the study acknowledge that reliability of these results may be limited by the fact that the study was done on a small sample of relatively high-functioning patients from a single facility. They suggest that further research is needed to confirm a more wide-spread validity of the data. Nonetheless, the authors consider that this research provides preliminary support for use of regimes encouraging an activity threshold of 900 steps per day for older hospitalized patients.