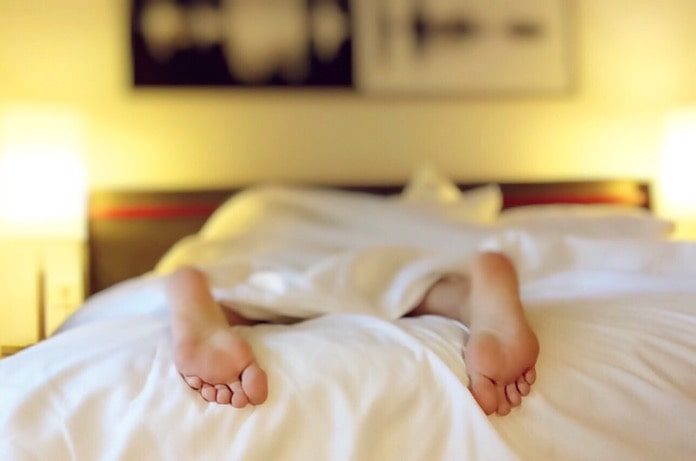 A recent study attempted to classify patients into five types of insomnia while evaluating differences in expression, treatment, and biology.

Humans have a complicated relationship with sleep, often involving mixed feelings. We might yearn to have more time to dedicate for sleep or search for ways to improve its quality. Yet, often simultaneously, we may aspire for controlling it (e.g. waking up early), or even ache for the superhuman ability to function without it.

While we all have a very unique relationship with sleep, the need for it has been bewildering scientists for generations. The famous sleep scientist, William Dement, described the perplexing nature of sleep in an interview with National Geographic, saying, “as far as I know, the only reason we need to sleep that is really, really solid is because we get sleepy.”

And while the question of sleep, as it relates to normal, everyday human life, may not seem so pressing, such scarcity in scientific understanding poses major problems when treating sleep problems. Insomnia disorder, for one, is a well-known medical condition whereby individuals experience trouble falling asleep, staying asleep, or not feeling refreshed after sleep. It is often accompanied by daytime sleepiness, irritability, and other disturbing states, such as anxiety.

Insomnia is one of the most prevalent psychological disorders

It is estimated that a third of the population complains about sleep difficulties. It is estimated that around 10% meet the full diagnostic criteria for the disorder, which positions insomnia as one of the most prevalent psychological disorders. Insomnia, nevertheless, is understood very little, and patients often demonstrate differing characteristics: mood, personality, cognitive functioning, and brain imaging have shown inconsistent features.

In a recent study published in The Lancet Psychiatry, a group of researchers hypothesized that such observations hint towards the possibility of different types of insomnia. Previous attempts to categorize subtypes of insomnia relied on more general sleep properties. Yet no successful classifications of the types of insomnia were reported to date.

Having previously shown that the disorder is genetically more closely associated with attributes such as mood or personality, the researchers sought to determine whether different types of insomnia can be drawn based on stable characteristics (e.g. life history and personality).

To implement their study, the researchers used data provided by the Netherlands Sleep Registry, an online platform surveying sleep, personality, life history, and other health conditions. The researchers drew a sample of 4322 adults of at least 18 years of age. The individuals in this sample were divided almost equally by their reported levels of insomnia. The group with lower scores was a control group, used for comparison and constancy.

The data gathered with the help of 34 questionnaires, was analyzed by the researchers, who determined that five types appear to exist within the sample.

This type of insomnia is portrayed by high pre-sleep arousal, which is when mental and physical phenomena interfere with sleep initiation (e.g. fast heartbeat, racing thoughts). It is accompanied by negative emotions and reduced happiness. Individuals reported distress across all studied variables. Of all the participants, 19% had this type.

This is characterized by pre-sleep arousal, negative emotions, and stress reactivity, in which insomnia gets worse with stress. However, individuals continue to exhibit intact responses to pleasurable emotions. Of the participants, 31% fell under this type.

This type of insomnia is primarily characterized by reduced positivity, which includes reduced happiness, positive emotions, and experience of pleasure. It is accompanied by pre-sleep arousal and reactivity to stress. It affected 15% of the participants.

Individuals reported a longer duration of insomnia in reaction to certain life events. It is associated with higher rates of childhood trauma and fatigue. It affected 20% of the participants.

In this type of insomnia, both the duration and severity of insomnia appear to not be associated with life events. It is also associated with low rates of childhood trauma. Individuals under this category appeared less motivated to act (reduced behavioral activation), had reduced experience of pleasure, and increased fatigue. Of the participants in the study, 15% fell under this type.

These subtypes appear to be highly consistent over several years in the participants. Some participants switched subtypes, most commonly between subtypes 4 and 5. The subtypes were also shown to fit another, different sample of 251 participants. Notably, all subtypes experienced the characteristic troubles of falling asleep, staying asleep, and waking up early. Yet the age of onset for these symptoms was significantly different between the subtypes.

Subtype 1 is highly associated with depression and nightmares

A subtype 1 classification was highly associated with depression, as well as with higher rates of nightmares, which have previously been shown to be related (and perhaps explain the link between insomnia and depression). This association was markedly reduced with subtypes 4 and 5.

Differences were determined between some of the subtypes in terms of response to treatment (specifically cognitive behavioral therapy), as well as biological measurements of the brain. The researchers have further developed a questionnaire to assist with classification of individuals.

Importantly, the researchers note that these associations do not directly relate to sleep, nor do they reflect the symptoms of insomnia. Nevertheless, they appear important for its development and expression.

Improtant findings for the treatment of insomnia

The implications of these discoveries, the researchers suggest, apply directly to treatment. For instance, certain treatments would be more appropriate for lowering pre-sleep arousal, while others could focus on emotion regulation. Subtype 4 may, in fact, require trauma treatment instead, due to the higher prevalence of it in childhood.

Depression is also highly associated with insomnia, and it is important to be able to identify specific individuals with heightened risks for its development. As preventative measures could prove effective for depression, such identification of risk in different insomnia patients is highly beneficial. Biological differences, the researchers suggest, can point towards specific biomarkers that could be targeted by drug developers.

Several limitations in the study include issues of representativeness, as volunteers may have been more motivated or curious about sleep. Other subtypes are likewise still possible, as other characteristics may not have been studied by the researchers. Nevertheless, the questionnaires did measure a markedly large number of such characteristics.

Overall, this study presents an important stepping stone in our understanding of sleep disorders. Further research is needed to confirm, while also testing the applicability of treatments to the different types of insomnia.