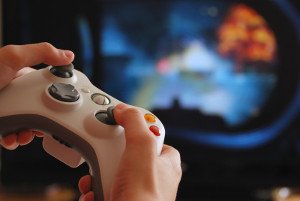 Gamers everywhere might be happy to know that new research has found positive associations between 3D game-play and memory performance.

Neurobiologists from the University of California have reported on study findings investigating the role of 3-D video games in memory formation. The researchers recruited college students who did not typically play video games to participate in the study. They compared the effects of playing either two-dimensional (2-D) games with three-dimensional (3-D) games. The participants took part in game play for half an hour per day, over a two week period. The researchers assessed the participants’ memory via specific memory tests involving the hippocampus (the part of the brain primarily associated with learning and memory). This testing took place both before and after the 2-week game-playing period.

The researchers suggest that the benefits may be due to the complex nature of 3-D video games, which incorporate an array of spatial information and complexity that 2-D video games do not. The 3-D games involve cognitive processes, such as critical thinking, problem solving, and working memory. However, further research is necessary to determine the exact reasons for the benefits observed.

The team plans to further investigate whether use of either 3-D video games or ‘real-world exploration experiences’ have any effect on cognitive decline involving the hippocampus in older people. The future studies will determine whether cognitive ageing can be slowed, and what part, if any, video games may have to play.